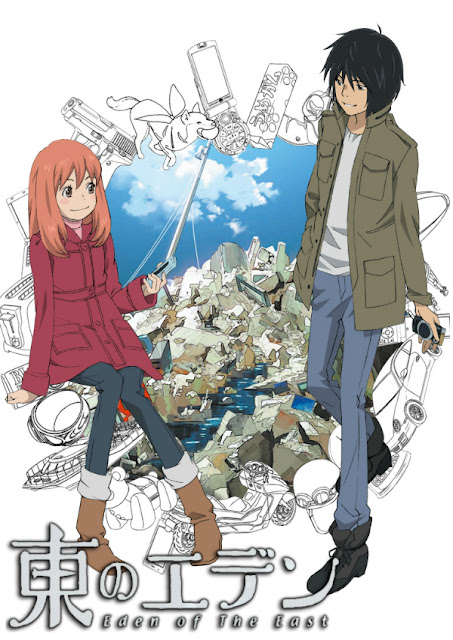 Saki Morimi (voiced by Saori Hayami) is visiting Washington D.C. over her college graduation trip. She makes a stop at the White House and because of a misunderstanding is approached by the police. Before getting into trouble, a naked man (voiced by RyoheiKimura), carrying only a cell phone and a handgun, starts making a scene.

The man is able to lose the cops and Saki gives him her coat as thanks for the intervention. The two separate but Saki quickly realizes that her wallet and passport were in her coat pocket and she runs after the man, who along with not having clothes has no memory of who he is.

In an attempt to get any sort of clue about his identity, he makes a call on his highly advanced phone. The person who picks up introduces herself as Juiz (voiced by Sakiko Tamagawa) and tells him where he's staying and three strange pieces of information.

First, the man need only call Juiz and she can make anything happen. Second, the man’s memory loss was a result of his own doing. And third, he still has 8.2 billion yen (roughly $70 million US) in digital money left to spend.

Arriving at the location given by Juiz, the man discovers a small hoard of guns and many different passports; he settles on a Japanese identity, Akira Takizawa. It is at this moment that Saki manages to catch up with him.

Akira manages to convince Saki to let him join her on the plane back to Japan. The past few hours may have been strange, but what comes next almost defies imagination.

At the airport, a news bulletin comes on saying that Tokyo had been hit with a missile attack. Saki is stunned and speechless that something like this could happen…again. A year earlier, ten missiles struck Tokyo on a single day. However there were no victims and thus whole event, dubbed Careless Monday, sort of drifted into obscurity.

Regardless, Akira and Saki are now on a mission to discover who Akira is as well as the true purpose of the mysterious organization known as Selecao.

I got a little excited to watch this show solely because of its premises; strange events, mystery, conspiracy, what’s not to look forward to. Having now seen it, I’ve got say…I'm quite disappointed.

Eden of the East does have an interesting hook, not to mention is visually appealing, but it lacks anything more to go with it. I’ll get into the negatives briefly because there is one thing that this show manages to do well.

If there was one positive I had to say about this series, it would be that it never gets to the point where you stop caring about what’s going on.

I’m talking about the big questions, mainly what the hell is Selecao and what does it want to do? Don’t expect to get these answers in this series. I hope that they will be revealed in the two, yes two, movies that followed this show.

Despite me not liking Eden of the East, I am compelled to take a look at these films. That may not be the most stellar of highlights a show could have, but it’s still a highlight none the less.

The story is all over the place and makes no sense, the characters aren’t that compelling, and the answers we do manage to get are underwhelming at best. With all that being the case, Eden of the East does have enough to it to keep you around. Granted it’s not because of a need to know desire, but more of an “I’ve come this far” mentality. 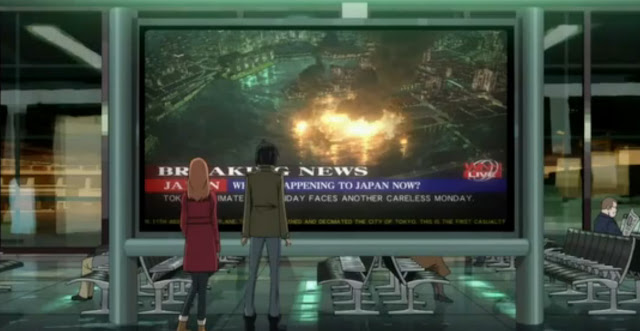 The first thing I want to say is to the person who though this was a good idea. While it is true that a person’s Johnny is indeed a reference to a penis, it isn’t as common as you think it is and defiantly not as common as this show makes it out to be. I heard this phrase be used more times in this series than I have in the past ten years combined.

I just had to get that out of the way.

Oh...and more thing before going into more details. Whatever sense of threat or seriousness Eden of the East wanted to create, it’s all undone by the surprising amount of anime bull s@#$ present. It wasn’t needed, it wasn’t called for, and it was completely misused.

Akira is way too easy going despite his circumstances, Saki serves no function, and everyone else is f@#$ing boring. That sums up the characters of Eden of the East.

Akira, holy s@#$, for a guy who woke up butt naked with no memories, and not to mention in possession with some rather damning evidence of him being a potential terrorist, he’s pretty okay with the situation. This isn’t as if it started raining and you forgot your umbrella or some other minor inconvenience, its f@#$ing problem; show a little more concern. 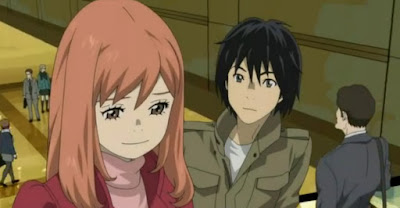 In fact I can say that about every character in this show. I don’t believe for a second that anyone fully understood that there were literally thousands of people’s lives at stake should they fail. Actually this series gives me a much better example. 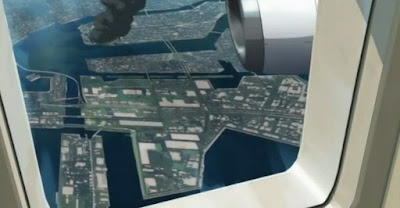 Saki and her group get strong justification to believe that one of their friends was captured by the serial killer known as the Johnny Hunter. So that we're clear on the gravity of the situation, because no one else seems to be, the Johnny Hunter’s victims die from blood loss after having their penis cut off.

To Saki and the rest its no big deal right. NO! It’s a big f@#$ing deal, your bro’s about to have his dick lopped off; a little hustle would be appreciated. 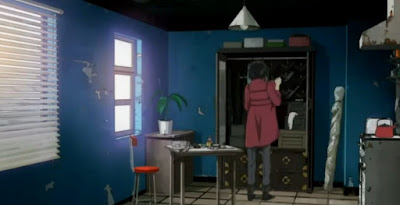 Moving on, and since I did mention her, what's Saki doing here? I honestly have no idea; she doesn’t do anything. Her sole function appears to be serving as the romantic interest of Akira; why? Don’t get me wrong, I’m all for a love sub plot, but the show does nothing with it.

All of the events are out of her control, she isn’t critical to anything getting done, she doesn’t even screw anything up, she’s just there for ride; and she’s the lead female character. I’m not even going to mention anyone else because they do even less then her. 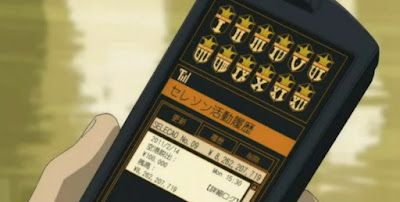 If this is the alternative to having an annoying cast, I guess I would rather have this. But this is a damn mystery series. It doesn’t matter how good the mystery is, if it isn’t happening to people we give a crap about there’s nothing to latch onto.

Things happen and the heroes save the day. How you ask? Well like if was for Saki, I don’t know.

The entire lead up to the show’s climax is nothing but questions. As I said, none the big ones are answered, but some of the smaller ones, such who Akira is and why he wiped his memory, are…technically. There not good answers and they certainly don’t justify the amount of build up to them. Then there's how the show’s climax is resolved.

I’m going to spoil what happens for two reasons. First, I'm giving nothing away; literally nothing. Second, if you do watch this show, you may catch something I missed.

A bunch of naked guys use a phone app to target incoming missiles so the military can shoot them down. How it got to that point, I have no f@#$ing idea.

The phone app by the way is that thing that, you known, gives this series its title. It has nothing to do with the bigger picture and it feels like it was meant to belong to another show and was shoehorned into this one. 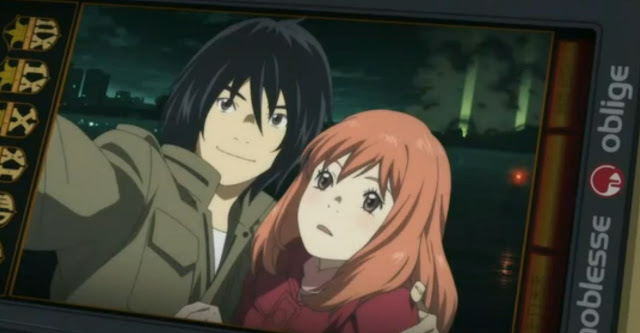 I’m not going to recommend this show, but I am going to watch the movies.

The characters are not engaging, the story is twisted to no end, and it all boils down to a waste of a potentially good idea; an idea that may blossom in the films.

With all the things Eden of the East fails at doing, it does manage to create and maintain a long lasting mystery. I do want to know what happens and what is really going on. However if the rest is just like this show, I’m having trouble seeing how it's going to be worth it in the end.