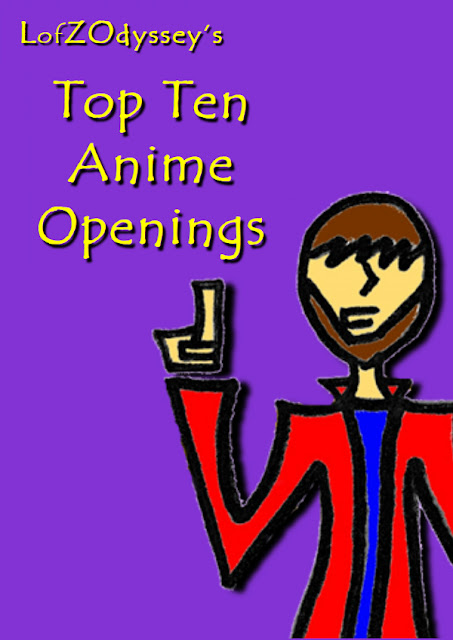 Anime openings are often weird for the sake of being weird. They can have little to nothing to do with the actual show.

Yet this is not a constant. There are examples of times where I want to watch the opening number. That got me thinking, why do I do that? What makes an outstanding opening theme?

I came to the conclusion that:

1. It needs to grab your attention immediately.

3. You must be able to recognize it on its own if encountered outside its series.

4. It must get you excited to watch the show.

Before getting to the main list, it's important to note that it wasn't easy to narrow down ten.

There are just so many outstanding contenders that I want to include, but can’t. So to make this list a bit longer and stretch the meaning of the word ten, here are two honorable mentions. 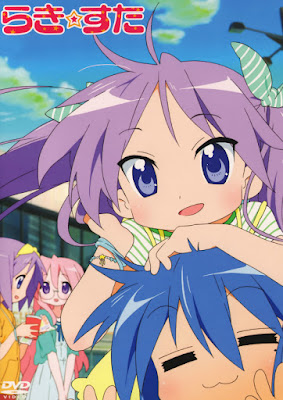 Luck Star is a special show for me. I consider this series as the spark that ignited my anime addiction. This was the cause that pushed me to delve into this world. It's not an exaggeration when I say that because of this show, this all exists.

Due to this, there's a bit of bias. That said, I stand by my opinion of this opening song.

This theme is so catchy. It’s the kind of melody that will cause you to sing along every time it’s on. I can't blame you; I do it all the time. I'll admit, this has caused a few awkward moments.

The greatest aspect about this theme is that it feels part of the series. Needless to say that I am a fan of the show. When my favorite moment is the cast doing the full cheer from the opening, you can say an impact got. 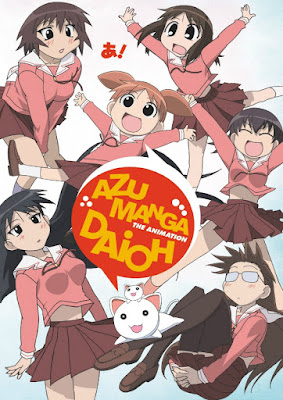 There's a bit of a story behind this one.

When I was living in Nagoya, a small typhoon came through. Nothing major, but you wouldn’t want to be outside. I was sitting in my tiny apartment with my dinner I had picked up from the convenience store.

As well as enjoying the sound of the rain, there was Azumanga Daioh and this opening song. Every time it came on, I remember experiencing an overwhelming sense of joy. When I hear this theme, not only do I think of this amazing show, but I am brought back to those blissful moments.

I don’t want to meet the person who doesn’t get a warm soothing feeling every time they hear this song. The playful tone, the happy melody, the upbeat and lighthearted atmosphere. It's everything that's great about Azumanga Daioh.

It doesn’t get old, it doesn’t get stale, it’s enduring and soon to be timeless. I was so close to adding it to the main list. Yet there are ten I just can’t ignore. 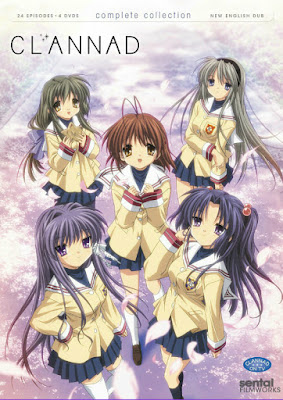 Starting of this list is the anime that broke me. I've mentioned before my love of romance stories. I just can’t get enough of the stuff, and Clannad is one of my all-time favorites.

Like the show, this song is cute and adorable, but not void of meaning. The entire mood of the series is set up right here in this opening; loving, caring, and full of heart. I can't imagine the person who doesn’t smile when they hear it.

Even with this calming tone, there is a bit of sadness here. Now I, and anyone who has seen the show know all about it. If you are new to the series, then there is a good chance that you may not be able to detect it. Trust me, it fits. 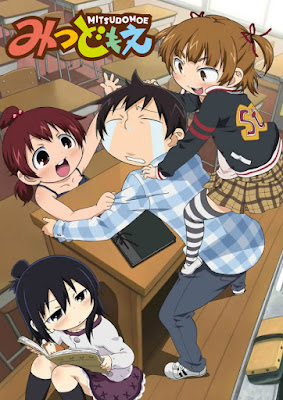 I love Mitsudomoe. It's one of the funniest shows I have ever seen. With three of the most adorable, lovable, and memorable triplets in anime.
The opening theme is the musical personification of the show. Funny, quirky, fast paced, and energetic. Expect to start singing along after watching a couple of episodes.

I want to think that I'm not the only one who sees how great this opening is. But when I was making this list I couldn't find anyone who seemed to agree with me. It’s a shame because this rocks and this theme cannot be mistaken for any other show. What happens when outstanding writing, interesting characters, and a fantastic show gets a budget? You get Nichijou.

There's a lot going on in this opening, but that's the nature of the series. This is the embodiment of a show about nothing. The whole point of the series is that there is no point. Everything is random. Things will happen leaving you wondering what in the world did you just saw. Every moment is going to be sidesplitting awesome.

Whenever I hear this song, I can’t help but get excited. It fits so well with what the series wants to do. I can’t imagine anything else that would be able to match the show’s energy. 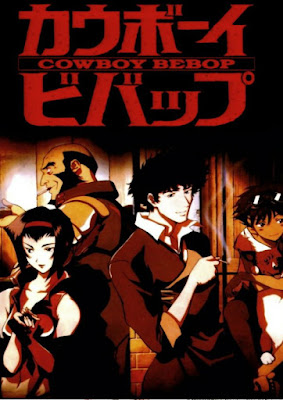 I’m sure this one was an exception. I can’t say I'm surprised either. When I was starting to think about what should be on here, it was just a given that Cowboy Bebop was going to make it.

I think much of the expectation comes from how amazing the show is. So in reality any opening would have been memorable. Whether that's true is irrelevant because this opening theme is great in its own right. It doesn’t need the strong foundation of the series.

I mentioned in my review of the show that it took me a long time to actually sit down and watch. Whatever my reason may have been for doing that will remain a mystery. Yet I will never forget Bebop or this opening for as long as I live. 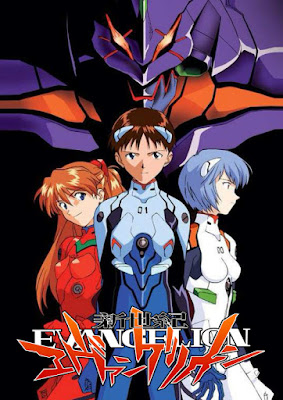 The definition of a classic.

A show with giant robots, alien invaders, and an annoying protagonist. Plus, one of the weirdest endings in anime. Must be Neon Genesis Evangelion.

I give this show a hard time, more than it deserves. But in all seriousness, Shinji is an annoying little prick. I want to go on record and say that I do actually like this show.

Now me liking it or not doesn’t change how huge this series is in the world of anime. If you watch a third of what I do, I'm willing to bet you've come across this opening once or twice.

Whenever I hear this theme I think anime. The two go hand and hand for me. It's rare when an opening song can inspire such a massive following. But that’s the nature of Evangelion, it just endures. 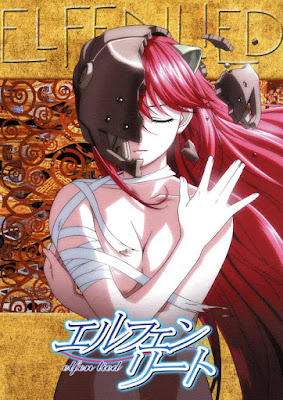 I'll be the first to admit. The thing you're going to remember about Elfen Lied is not the title theme.

Don’t believe me, just watch the first ten minutes of the show. Once the shock subsidizes, this song is going to come on and you're left in awe. There's a drastic sift in how this opening sounds and how the show is.

With its hymnal melody and gospel like tone, it would fit right in with any church serve. For example…a funeral.

What I am trying to say is that people are going to die in this show; you only need to hear this song once to understand that. 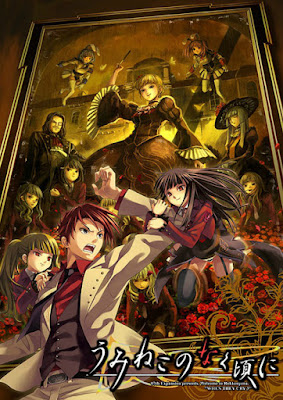 Umineko no Naku Koro ni is part of the When They Cry series. Thus it's known for violence and mystery.

I've made the effort to say a few nice things about the entries’ respective shows up to this point. So if you’re starting to think that this is a top ten list of my favorite anime series in disguise, let me put that to rest.

I don’t full on hate this show, but I don’t like it all that much either. To tell the truth, since the series is just so unremarkable I am not able to recall that much of the plot.

Yet I cannot and will not forget this opening. The show doesn’t even come close to matching the standard it sets.

When I say that an opening needs to get you excited, this is what I’m talking about. This got me excited. Even when I knew the show wasn’t all that good and had accepted the fact that it wasn’t going to get much better. 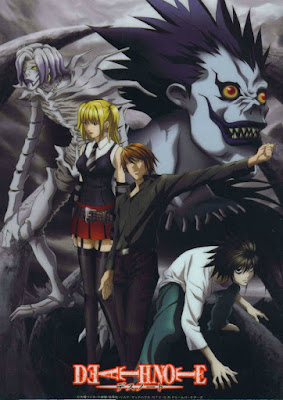 Take all that stuff I said about Cowboy Bebop and just place it here.

Again, because of how amazing Death Note is, any song would have stuck with you. And just like Bebop, the actual song used is outstanding on its own. But where the two openings differ is that Death Note is at number three.

Why is that you ask? How can you not get pumped to watch after hearing it? The raw power behind those notes resonates through your entire body. It is as though God himself is bringing down his wrath; which is pretty much what happens during the show. 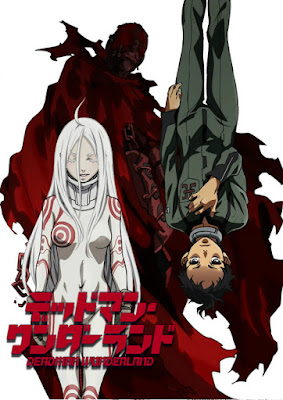 In my review of Deadman Wonderland, I said that I was looking forward to watching this show. Reading that again, it sounds as though I wasn't sure why I was so excited. That couldn’t be further from the truth. I wanted to experience Deadman the instant I heard its opening theme.

I never get tired of it. I've had this song playing on repeat as I do other things. Such as eating, working on the computer, or even writing one of my reviews.

It's hard to beat the opening theme to Deadman Wonderland. I can only think of one that is able to do just that. 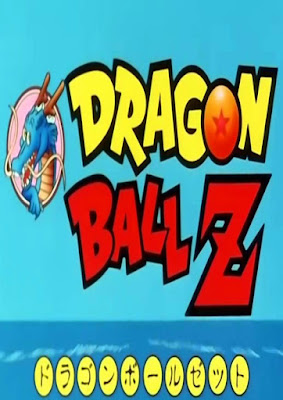 I can hear rage building all ready. It doesn’t change the fact that every other entry on this list was fighting for second.

I cannot justify putting this opening anywhere other than the number one spot. There is no mistaking where this is from.

Love it or hate it, when that chorus hits, you know exactly what you’re watching.

There is no denying the impact Dragon Ball Z has had on the world of anime. If you watch anime and haven’t seen this show, then what have you been doing?

By no means am I saying that Dragon Ball Z is the best anime ever, it’s not even close. But there's no other opening song I would bet people would recognize without seeing the show.

There you have it, my list of the top ten openings in anime.

I don't expect a lot of people to agree with me. In fact, they shouldn't.

In the comments feel free to tell me which ones you believe should have made the list. While you're at it, go ahead and tell me what your top ten openings are. Your responses may even influence my opinion with a future update.

Posted by LofZOdyssey at 6:33 AM