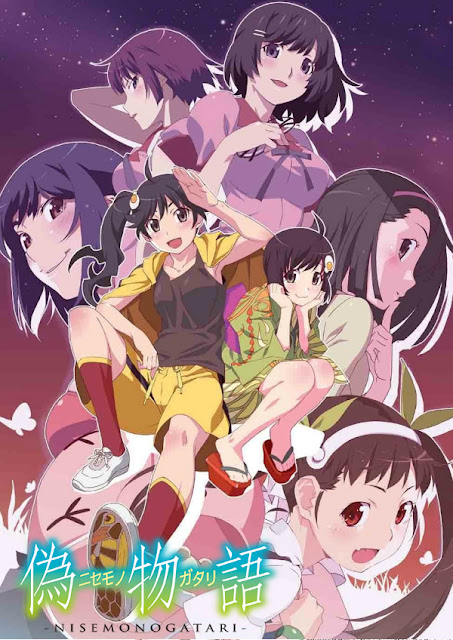 Koyomi Araragi (voiced by Hiroshi Kamiya) is a captive in an unknown location. Dazed, he sees his girlfriend, Hitagi Senjogahara (voiced by Chiwa Saito), is in the room. Hitagi admits that she is the one who kidnapped him and claims it was necessary for his own protection.

Earlier that day, Koyomi met a mysterious man who began asking him strange questions. That encounter led to the imprisonment.

According to Hitagi, that man is dangerous and will only cause trouble. She doesn’t want to risk Koyomi getting involved with that man no matter the cost.

Koyomi then receives a distressing text about his eldest younger sister, Karen Araragi (voiced by Eri Kitamura). Fearing the worst, Koyomi breaks free from his bindings with the help of his vampire strength.

Karen is suffering from a horrible fever. Both Koyomi's youngest sister, Tsukihi Araragi (voiced by Yuka Iguchi), and close friend, Tsubasa Hanekawa (voiced by Yui Horie) are looking after her. Upon learning of the situation, Koyomi leaves to cool off.

While relaxing Koyomi gets a visit from Shinobu Oshino (voiced by Maaya Sakamoto); the vampire who bit him. Shinobu explains that Karen does not have any normal fever, but is infected by a lethal oddity.

The big question we’re all wondering is, "How does Nisemonogatari compare to Bakemonogatari"? To be blunt, it fails to live up to the original. But that's not to say it's bad. In fact that's not the case at all; its just not as good.

The show retains many of the elements that made the first great. Like before, Nisemonogatari has outstanding visuals and a well written story. I have already gone these points in my Bakemonogatari review, so I won't waste of your time here.

This show has its own unique aspects that make it stand strong on its own.

None of the characters are new because they all made appearances in Bakemonogatari. The difference, they finally got to be part of the story. They no longer existed as simple background filler.

In total there were three characters brought into the fold.

The first was Karen Araragi. A head strong tomboy, she excels in most sports but is the most adept at martial arts. Karen has a strong sense of justice and always goes out of her way to help others in need. It was this self-righteousness that exposed her to an oddity.

At first glance, Karen’s relationship with her brother is strained. That's not true at all. Karen looks up to Koyomi and in turn, Koyomi is proud of his sister. The two knock heads from time to time, but that ferocity get it's fuel from their love to one another.

Complemented by the art style, the best moments of Karen were during her fights with Koyomi. And when I say “fighting” I mean brawling. Karen’s martial arts mastery and Koyomi’s vampire resistance made for a pretty devastating spectacle. 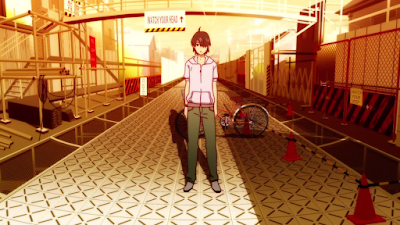 The second was Tsukihi Araragi. The show spent a lot of time with Karen, so Tsukihi’s development was lacking. But she was important none the less.

Tsukihi had a similar outlook as her sister, though less extreme. Thus there wasn't much else to explore. To compensate, the show used Tsukihi to and cement Koyomi’s relationship with his sisters. The message wasn't subtle; it would take a special kind of ignorance to not see what the show was trying to do.

The final character, as well as my favorite, was Shinobu Oshino. I was looking forward to getting to know her better. Unlike the sisters, Shinobu seemed integral to the main cast in Bakemonogatari. She never talked in that show, so you never got to know much about her.

With Koyomi’s mentor no longer around, Shinobu was the person who stepped up to fill that void. In my head I had my own picture of what I wanted her to be like. A quiet, but wise voice of clarity for Koyomi.

Yeah the show didn't do that all. Instead, Shinobu was ten times better. She was talkative, sarcastic, and provided necessary insight to many situations.

There was something with Shinobu I couldn't put my finger on. Her relationship with Koyomi. They were comfortable around each other. Not in a lovers sort of way, butI definitely cant describe them as friends. They both like and hate each other, while at the same time they trust each other. They weren't enemies and they weren't full partners. Whatever they were, I loved it

To sum it up, Shinobu, Karen, and Tsukihi were all great characters and they added a lot to the show. I'm excited to see where the story goes with each of them in future installments. 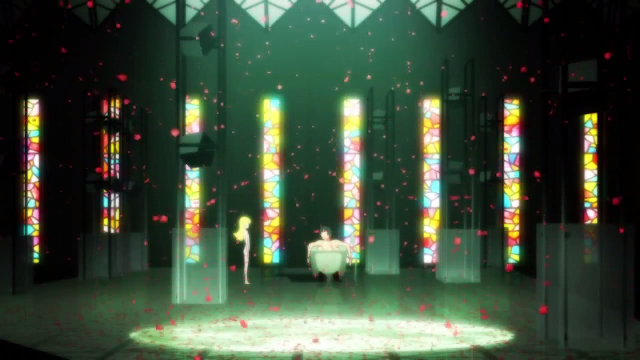 Bakemonogatari is the better anime, no question. It sets a standard that Nisemonogatari was unable to reach. It became clear within the first few minutes of the first episode that this show wasn't going to match up.

Nisemonogatari was able to bring in three awesome and unique characters; at a price. All other characters, Hitagi, Mayoi, Suruga, Nadeko, and Tsubasa became insignificant.

That wasn't an okay thing to do.

I'll let the show get a pass on Mayoi (voiced by Emiri Kato) and Tsubasa. With Mayoi, she more or less played the same role as in Bakemonogatari. For Tsubasa the series added a lot of mystery to her that will get expanded upon in the future; I hope. For everyone else, it was maddening to see what this show did with them.

I don’t have the slightest clue why Suruga (voiced by Miyuki Sawashiro) was even here. This particularly annoyed me because my favorite story arc in Bakemonogatari was Suruga’s.

Nadeko (voiced Kana Hanazawa) only appeared once... f#$%ing once! That’s significant on its own, but there's more to why this was aggravating. Nadeko’s role was to remind everyone that the Monogatari series is an ecchi. That's not fair and she shouldn't have had do that role. There were other scenes which accomplished that; one involving a toothbrush. I dare you to figure out what that means out of context. Even in context its f@#$ing weird.

The biggest thing that pisses me off was how the show trivializes Hitagi. A lot of the appeal of Bakemonogatari was seeing how Koyomi and Hitagi grew as a couple. Nisemonogatari showed enough to get you excited and then gave nothing…NOTHING!

It Wants to Be Something Its Not

It’s as if the makers of Nisemonogatari understood what made Bakemonogatari a great show. Too bad they forgot why it worked.

For example the dialogue. One of my criticisms of Bakemonogatari was that it required you to pay full attention to what was going on. Much of the show composed of talking. None of it was bad, there was just a lot of it. Nisemonogatari eased up on a little and there were times when the show even did a better job. Yet, it doesn’t flow as smooth as the first one did.

This happened all time after fight scenes. Neither of these series are action shows, but there are action elements in them. It made sense that a problem got solved through words instead of with fists. In Bakemonogatari, the transition between action and dialogue was fluid and clear. There was meaning behind fights. Nisemonogatari didn't have this.

The fights in this series were cool, but they had a tendency to just end. Characters then began talking to each other and the issue was then settled. There was no substance to these scenes and seemed to only exist to look cool.

Where Nisemonogatari tries to emulate Bakemonogatari the most was with the visuals. They were as good, but they went overboard a lot. They jumpy and got distracting at times. It's hard to explain if you haven’t seen the two shows, but you'll notice it right away. The same visual magic wasn't here. 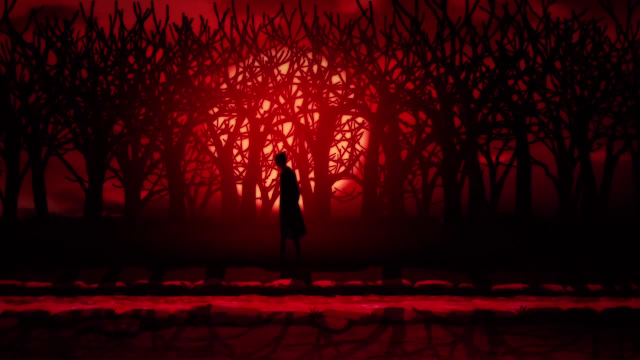 Nisemonogatari keeps the series going. While failing to live up to the original, it manages to add much to the story. It reminds you why Bakemonogatari was so good and why you want to stick around to see what's going to happen next.

If you're thinking about watching, you will want to start at the beginning. While it doesn’t do it often, Nisemonogatari will reference the original show. Also it will help clue you in on who is who. As a standalone series it does well for itself.

Others in the Monogatari Series

Posted by LofZOdyssey at 8:05 AM