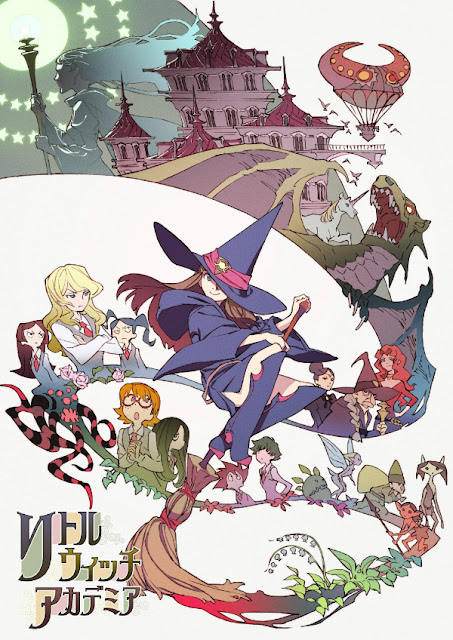 I've been looking forward to Little Witch Academia. And this Friday, June 30th, it will finally happen.

This series is Studio Trigger’s latest animation. We’ve looked at several other shows in their library. If you’re counting, these are Inferno Cop and Space Patrol Luluco. As well as one other. This studio is responsible for one of my all-time favorites, Kill la Kill.

Given the track record, I’m excited. But I have no idea what to expect.

The only familiarity I have with this series is through Space Patrol Luluco. It was during the part where Luluco and team were traveling through the Trigger universes. As a side note, the Kill la Kill segment was awesome. Yet I didn’t have a clue about the one with witches and magic. It looked silly. It looked goofy. It looked like a lot of fun.

I thought to myself, “I better get on this.” That was when I ran into a little snag.

At that time, the Little Witch Academia anime had only been announced. I wasn’t going to be able to check it out for a while. There were, though, two short films ready to go. Great. I would get to them when I got to them. 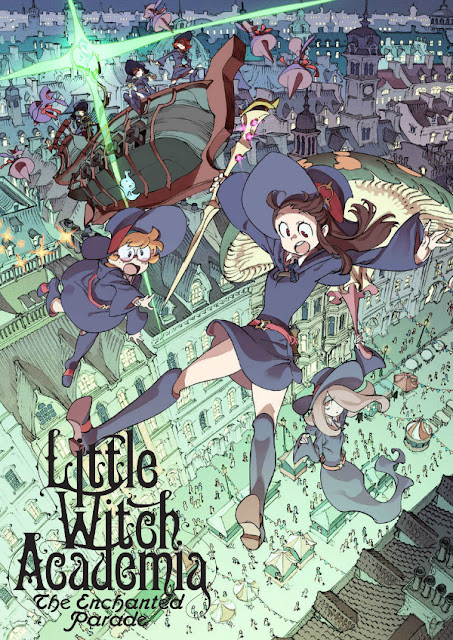 Little Which Academia began airing its twenty-five-episode run in January 2017. Since I marathon, that meant I would be waiting for a bit.

Now the time is almost here. And I know as much about this series as I did after watching Luluco. As is the standard, I’m about to go in blind. Yet, this is a case where I don’t have to. What of the two short films.

Before we get to the actual series, why don’t we give these a shot?

Following the film’s reception, Trigger announced the production of a second film. Originally another twenty-minute episode, the studio went to Kickstarter to expand the run time. They reached their goal of $150,000 in less than five hours. Little Which Academia: The Enchanted Parade was available to backers on July 3rd, 2015. It saw a larger release later that year in Japanese theaters on October 9th. 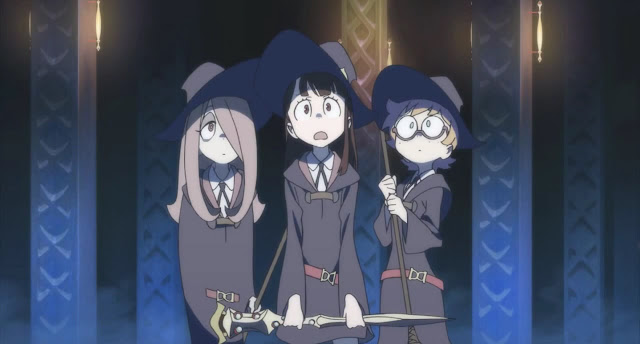 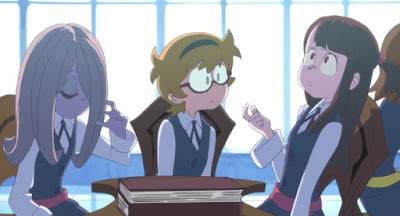 To start, I want to imagine the anime won’t be a continuation. If anything, the series will be a retelling as well as an expansion. There will be more things to do and more time to do them. The films should only serve as a taste of what’s to come. 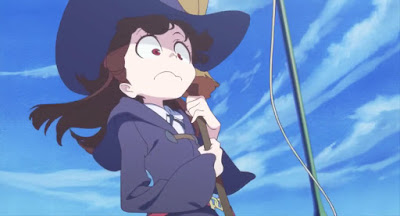 And from what I saw, I think I’m going to like Little Which Academia.

Both of these were great. I want to see what a full-length, twenty-five episode anime can bring. 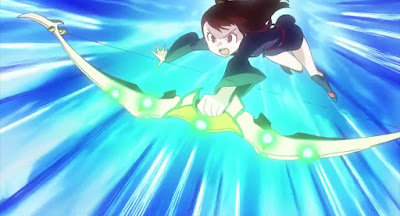 Right away, there was energy. Big, beautiful visuals. Color everywhere. From start to end, imagination wasn’t something these films lacked. Even though this was but a glimpse into this universe, I couldn’t help feel familiar with it. There was a strong sense of who everyone was. 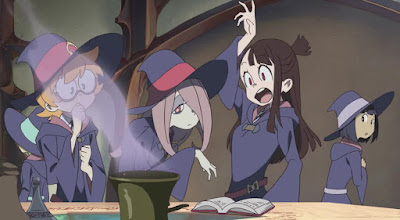 This is a cast of characters I can’t wait to get to know. Within the span of just the first thirty minutes short, you learn a lot about everyone. Lotte (voiced by Fumiko Orikasa) was a sweetheart. Sucy (voiced by Michiyo Murase), I’m going to like Sucy. With these two, it was comforting to know they weren’t average. They were both powerful witches in their own right. They could, in both films, hold their own. They weren’t pushovers.

Remembering back from Luluco, Sucy was the character from the Little Witch segment. I hope her and Lotte become even better. Although the star will be Atsuko ‘Akko’ Kagari (voiced by Megumi Han). 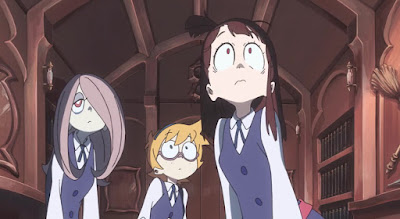 I want you to image Mako from Kill la Kill. Take her energy, make her the main, and give her magic. That’s Akko. That's not a bad thing. From what I saw, there isn’t much that can get Akko down. Even in the direst of situations, she ran at a million miles a minute. But it was nice to see there were things that got to her. There were things that made her pause.

Knowing the trio of Akko, Sucy, and Lotte is who we may be getting is enticing. 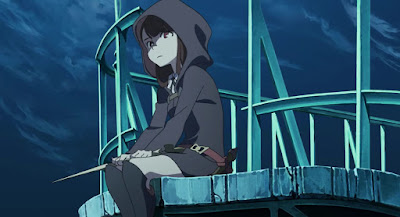 The other thing I can't wait for is the action. These films were, one hundred percent made by the studio who made Kill la Kill. The action was awesome. Though not the raw insanity of Kill la Kill, Little Witch Academia had freedom. What do I mean by that?

Kill la Kill got away with some crazy stuff. Even so, I can imagine a limit. That’s not true for Little Witch. Why? Because magic. 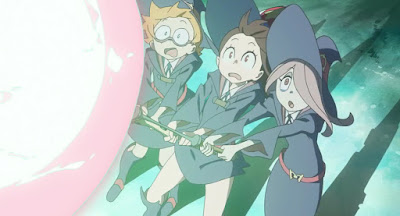 Strong characters and amazing action. These are great signs for the anime. And that’s where I have some concerns.

I’m hyped. I’m ready to do this. Yet I need to go into the series with an open mind. The films may have been short, but they were still films. Not only that, the creators were in an environment to craft their vision. Not for a second do I think an anime can’t do this as well. The story will be longer. But it can't be gung-ho throughout. Even Kill la Kill had parts that slowed down. And that’s another thing.

Never at any point did it feel like Little Which Academia was redoing Kill la Kill. I have confidence the anime will stay on this path. For there was one last thing I noticed.

The first film was the introduction. We saw the idea. Enchanted Parade was the makings of a series. As I said in the beginning, I’m looking forward to this one. These films have only added to that. We'll know for sure this Friday, June 30th.

And like always, these have been my impressions. If you’ve seen either or both Little Witch Academia or Enchanted Parade, I’d like to hear yours.