***Warning, the following may contain spoilers for Mirai Nikki. Reader discretion is advised.*** 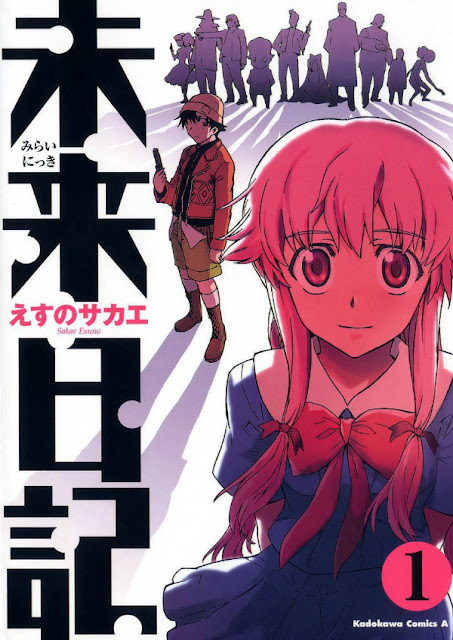 Yukiteru “Yuki” Amano (voiced by Misuzu Togashi) is an observer. Keeping to himself, he spends most of the time writing what he sees in his diary. Because of this, Yuki hasn’t bothered making friends. Except for one.

In his mind, Yuki created the all-powerful Deus (voiced by Norio Wakamoto). God of Space and Time, Deus is responsible for all the random events that happen in the world. Deus tells Yuki that a special kind of game is in the works. Brushing this off, Yuki made his first horrific mistake.

Deus is not a figment of his imagination. And the planned game will turn deadly.

Yuki discovers his beloved diary has been filled with strange entries. To his shock, these entries perfectly predict the future. Even more unnerving, he’s not the only person who possesses such a diary. To find a successor, Deus has given twelve people the ability to see into different aspects of the future. The sole survivor of this game will take the throne. The other eleven will die.

Overwhelmed and at a lost, Yuki is sure he won’t live through this twisted game. Or at least, not alone. One of his fellow contestants has made a vow to protect him at all costs. Her name, Yuno Gasai (voiced by Tomosa Murata). She claims nothing is more important to her than Yuki.

As the survival game continues, more and more people begin to die. Desperation grows higher and higher. Yuki isn’t sure how he’ll manage to make it. But with Yuno at his side, there might be a chance. And here, Yuki made his second horrific mistake.

He failed to realize how far Yuno’s obsession is willing to go.

Watching Mirai Nikki for the first time is an experience impossible to replicate in a second viewing. Not knowing works wonders for this series. Watching it again, I have to say, some of the fun wasn’t there. But in its place was something else. Appreciation. 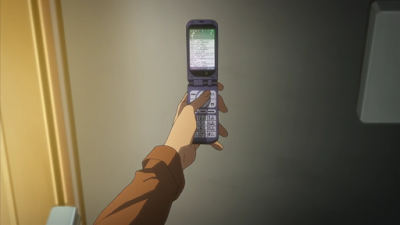 For those who have been reading for a while, you might know Mirai Nikki ranked 10th on my Top Ten Horror Anime. There, I said the show was unnerving. I also said I was a little hesitant to put it on the list. We’ll get into those reasons in a bit because they turned out to be a lot more prevalent than I remembered. Yet this second watch did confirm something. Mirai Nikki had every right to be on that list. Faults and all.

I both like and dislike this show. That’s not going to change no matter how many times I watch it. What was good was great. What was bad was annoying. But what was bad wasn’t awful. And the good was enough to outshine the bad.

So where does that leave us?

I can say is. I liked Mirai Nikki much better the second time. 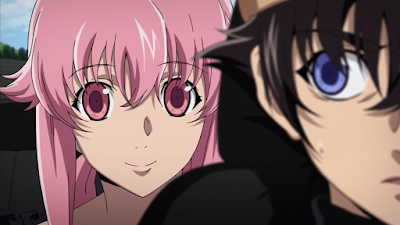 Often times this happens. Or, at least, it does for me. The ending of a series influences the opinion of a series more than any other element. And why wouldn’t it? 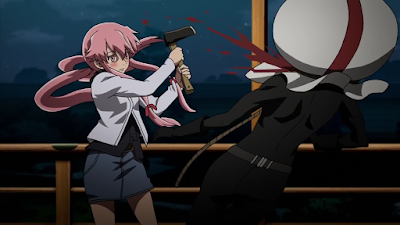 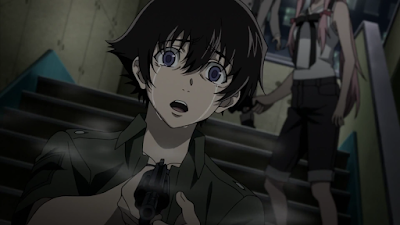 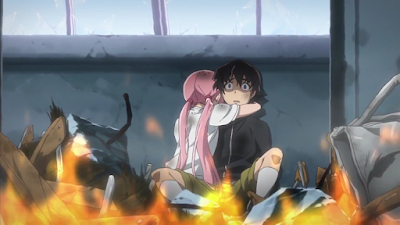 This is the case of Mirai Nikki. And Mirai Nikki’s beginning was when this show was at its best. I mean it was good. It was great. It was fantastic. 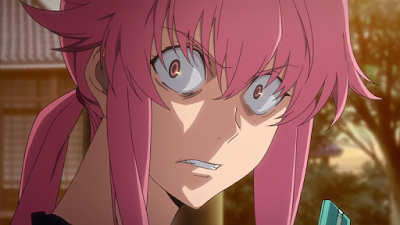 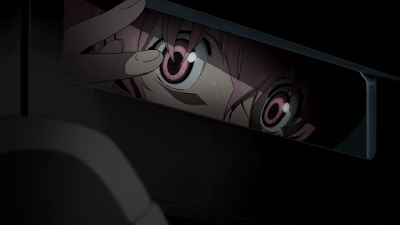 I knew what was going to happen. I knew what was happening. The surprise wasn’t there. But the intimidating feeling of dread was. That’s impressive and the mark of an effective horror story. The boogeyman is at its strongest when you don’t know where it’s going to strike. So, to have the effect remain even when you do is something special. 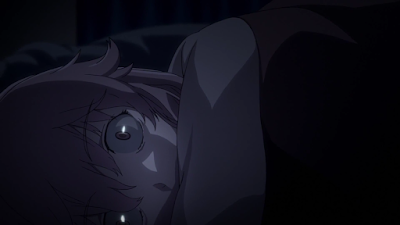 During this second viewing, I could appreciate, there’s that word again, the mind battle going on. Here was a group of intelligent people going at each other. Each with the means and desire to kill one another. Everyone having their own means of being a challenge. No one was at a significant disadvantage.

There were owners who sought selfish reasons. Others had the greater good in mind. It became hard to justify who was in the right and who was in the wrong.

Then there was…one who made it all worthwhile.

And that’s what made her dangerous.

Yuno played that role so well, you sometimes forgot. Then whenever she snapped, it was a humbling reminder. Oh f@#$, she’s insane. Girl of your dreams and girl of your nightmares all in the same package.

She was brilliant, resourceful, and aware. The other owners made it a point to plan around her. If they decided to go up against Yuki, they had to take into account Yuno. They couldn’t think of a way to prevent her. They had to think of a way to stop her. If you used conventional means, your throat would end up sliced.

Her whole mindset was simple. If someone hurt Yuki, she would murder them. To the other characters, this made her unpredictable. As a viewer, though, she was a godsend. She was the only constant. Her actions made the most sense out of anyone. When in doubt, Yuno was going to kill.

Yuno embodies the yandere troupe. If there is another like her and to this degree, please tell me. I would love to see that show.

Even when Mirai Nikki was at its lowest, Yuno always remained the high point. 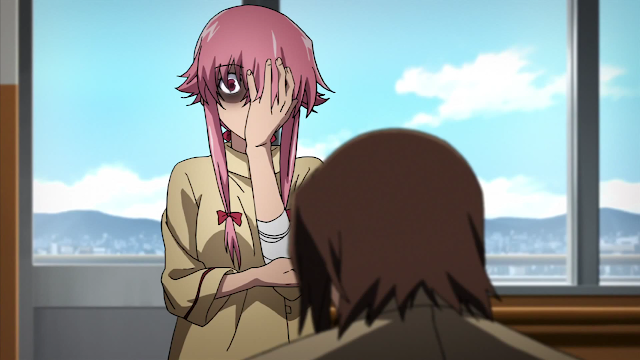 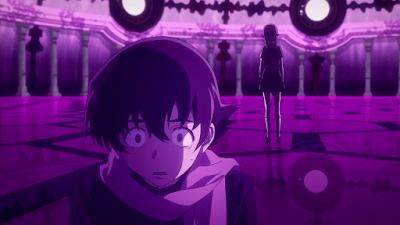 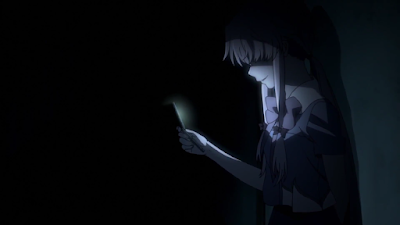 I don’t know how the hell I missed this the first time. Deus’ full name is Deus ex Machina. That explains so much. Before I move on, let me give this show credit for fitting this into the story. This allowed unexplained and random events to occur. And have them make sense. This allowed Mirai Nikki to escape when it boxed itself in. In turn, the series could go a little more elaborate.

Too bad it f@#$ing overused it. Holy s@#$, this was infuriating. 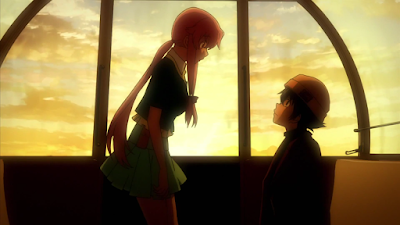 At the risk of giving too much away, I have to talk about Minene Uryu (voiced by Mai Aizawa). As the ninth diary user, I don’t dislike her as a character. She was a lot of fun and interesting. She was good to have around. She was a bit of a wild card. Except, there are two big problems I have with how she got used. 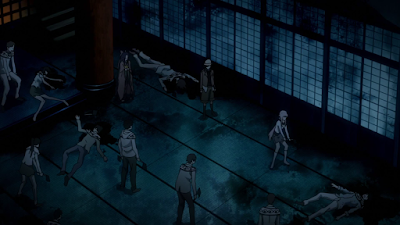 First, this was the second Minene. The woman we were introduced to was not the same woman later in the series. This wasn’t the result of growth. These were two separate people. But since the show treated them as one, it kind of ruined her character. Whenever you start to see her as a good person, remember to ask yourself this. “How did she get that eye patch again.” That’s a hard thing to come back from, show. And f@#$ you, you did not do that. 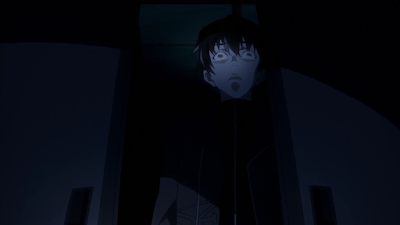 Second, she became the epitome of this series’ deus ex machina nature. There were many times, at the end, where she should not have been there. There was no reason for her to show up. But show up she did. It’s all the more annoying because the series destroyed a perfect end to a character arc by doing so. 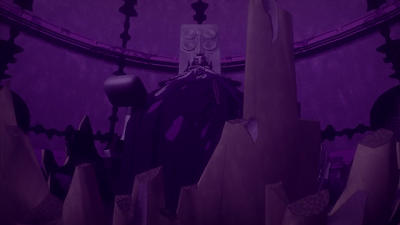 Minene was the most prominent example of Mirai Nikki’s solutions through randomness. Trust me though, it was sprinkled everywhere. The novelty lost its charm fast. And this wasn’t the show’s only issue. 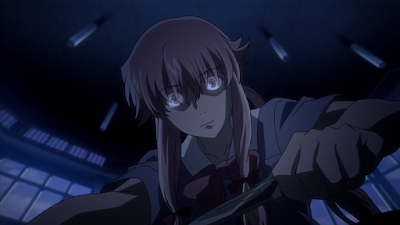 Yuki has the same problem as Shinichi from Evangelion. A main protagonist thrown into an unimaginable situation. They got asked to do things that would make the average person hesitate. They should’ve been, by all accounts, the most relatable kind of lead. Except they were insufferable.

If placed in Yuki's shoes, I'd be as scared as he was. If not, more so. I understand his unwillingness to fight back. Choosing to run and survive. Trying to get everyone out alive. Not wanting to kill someone. I would argue this is a realistic reaction.

And that’s the problem.

Yuki, for the longest time, never broke this. He was always whining. He never stopped complaining. He was always surprised when someone tried to kill him or betrayed him. Which was stupid because this happened all the time. I mean this was the point of the game. Figure it out Yuki.

Had he been like this in the beginning and grew out of it, that would be different. It would show progression. This is something a story should do. If I want realistic reactions, I’ll watch a documentary. Or a story based on a true story. But even these types of stories take liberties. Why? Because real life doesn’t always make for good entertainment.

Yuki’s shortcomings were even more highlighted since he was paired with Yuno. A character who did have growth. Who was out there. Who was always proactive. To have the exact opposite, do nothing, was hard to sit through at times.

To be fair, Yuki did come around near the end. Too bad it was during the end of Mirai Nikki.

It jumps the shark to an incredible degree. It goes way too far and way too over the top. It added unneeded amounts of complexity. There was a lot of comedy which did not belong. It turned the show more action based rather than suspense. I won’t say it was a mess. It was easy to follow. But seriously? This was the route we had to take?

And again, this was when the show went ham on the randomness. The structure of the beginning was not here. To be frank, the second half of Mirai Nikki was not as enjoyable as the first. You’ll know when you start the second half too. It will start in the most bizarre way. A way that did not need to happen.

The fact that it did, made every following decision all the more questionable. And by that, I mean every following decision made by Yuki. Explain to me again why Yuki was so willing to rely on Yuno? Is what she did a thing we shouldn’t worry about. Regardless of her have the capability of doing it, she had no real reason to do it. Did this series really think we needed more examples to see how crazy she was?

As stated, the ending’s saving grace was still Yuno herself. But you couldn’t have given her a little more support? 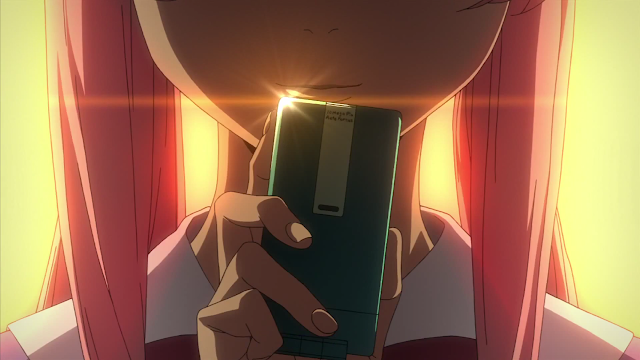 I said it earlier. Mirai Nikki was a lot more fun the second time.

Before I wondered if this was a show worth recommending. Now I’m more confident in saying yes, it is. Sure, it does get a little silly and wacky and what-the-f@#$-ish near the end. But getting to that point is a lot of fun.

This was a great thriller. You will be you on the edge of your seat more than a few times. And Yuno is a sight to behold. She is what makes this show worth watching.

Mirai Nikki was one I’m glad I gave a second chance.