***Warning, the following may contain spoilers for Noragami and Noragami Aragoto. Reader discretion is advised.*** 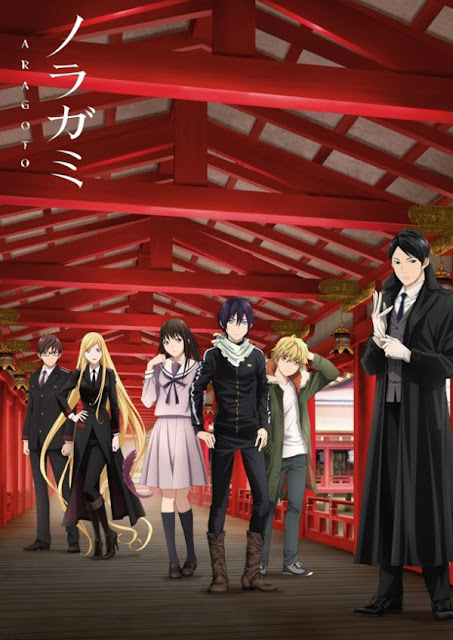 In the land of Gods, there are those who command respect. Powerful, all-knowing deities with legions of followers at their every beck and call. Wealth, influence, and importance are a birthright. One would expect a certain air of nobility and grace.

And then there’s Yato (voiced by Hiroshi Kamiya). This God of Calamity does his best to scrape by. Or at least he’s become a proficient mooch. It doesn’t take long for him to get on someone’s bad side. Despite that, and to the complete shock of everyone, there are those who tolerate him. And there are even two who are willing to stand beside him.

The other is Yukine (voiced by Yuki Kaji). A recent spirit, Yato saved Yukine and gave him his name. Although hard to see what the true master/servant relationship is, Yukine takes it all in stride. He’ll be there to protect Yato in his most dire moments. He'll also be the one who'll smack some sense into to his idiot of a God. 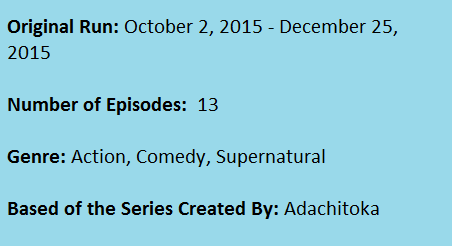 Unorthodox to say the least, this trio is formidable. It would be a grave mistake to underestimate them. 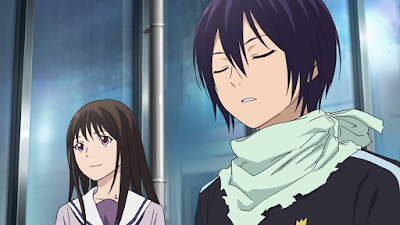 Four months. It's been four months since the Noragami review. I don’t know of another series I’ve done with that big a gap. Aside from waiting for the next season, that is. That’s a little ridiculous don’t you think?

As I see it, though, it’s much worse. Noragami isn’t just some series. It’s one of the best series I’ve looked at thus far. Waiting four months isn't ridiculous. It’s borderline unacceptable. 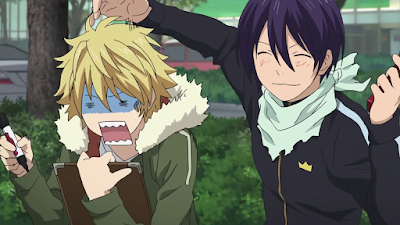 Perhaps Noragami Aragoto wouldn’t live up. I don’t know if I can overstate how much I enjoyed the original. Then again, this has never stopped me before. Maybe it was me not wanting to finish a great series. But that would only be delaying the inevitable. Plus, I hear rumors of a coming season three.

I guess it could be I’m a just a huge procrastinating ass hole. That might be it.

Whatever the reason was, I watched it. So, what’s the verdict after all this time? 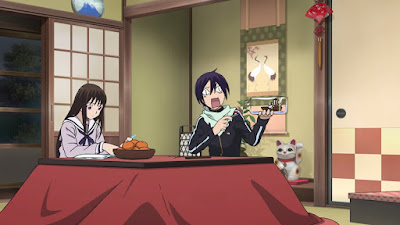 Well, to borrow from the first review. This…show…was…AWESOME!

My God, Noragami Aragoto knocked it out of the park once again. The same great animation. The same fantastic characters. The same amazing action. This was more of everything I loved about the first season. The standard got set. And the standard got met.

If nothing else, Aragoto reaffirmed what the original mastered. This is a series that knows how to balance comedy and drama. When is it time to tell a joke? When is it time to be serious? And when can you restart the other? I can’t express how much love Noragami for pulling that off. Not only that, pulling it off twice. 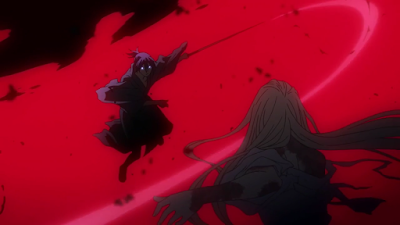 Continuing a story is never easy. There should be solid justification for more. This becomes difficult when a series tries to continue a story that had a satisfying end. It’s not a death sentence since plenty of shows have figured out how to do this. 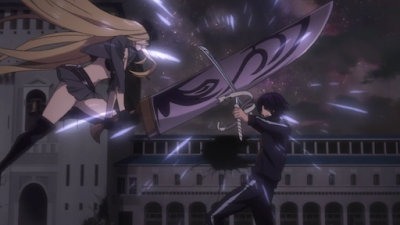 One way is to start fresh. Introduce new concepts and situations for characters to go through. This allows a series to keep going despite having an end. The story’s self-contained. The issue becomes having to spend time rebuilding. Doing this means almost starting from scratch. 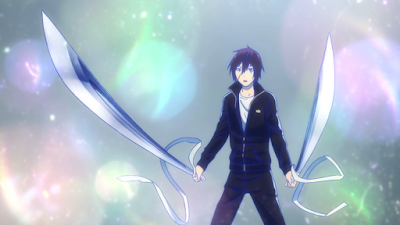 An alternative and the route Noragami took is a preparation approach. Sprinkled throughout the series are extra bits of plot. Yes, these could be small details. Often times they’re not. Thus, the issue of loose ends becomes a real problem. But if done right, it saves a bunch of time and the action can begin right from the gate. The intrigue is already in place. 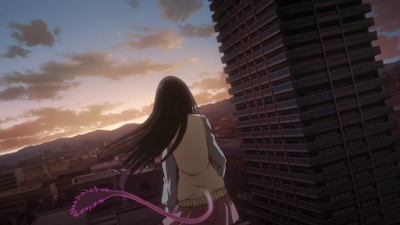 Noragami season one introduced the violate relationship between Yato and Bishamon (voiced by Miyuki Sawashiro). The extent Bishamon wanted to kill Yato wasn’t a mystery. The season also explained what Yato had done to deserve such a wrath. This wasn’t a footnote. This was important. But it was also a separate matter from the main point. Though it was a lose end, it didn't take away or distract from what was going on. This allowed Aragoto to pull from an already established source.

That said, how did Aragoto conclude this arc? It was f@#$ing great. 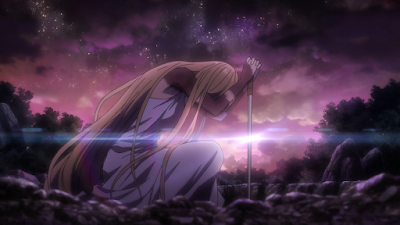 Season one gave a lot of information. But it didn’t give all the information. Settling the main dilemma was key. Yet it was Bishamon who made it fascinating. From the first season, she was a no-nonsense and powerful god. That wasn’t false. It just wasn’t everything.

Bishamon's family respected and loved her. And she returned those sentiments tenfold. This humanized her and her anger. Her hatred for Yato was understandable. Her desire to kill him didn’t vilify her.

Both Bishamon and Yato were at each other’s throats. To the point where even the smallest of misunderstandings would set them off. What ended up happening was anything but small. Making it all the more powerful.

Now clean-up work is fine, but there still needs to be progression. Aragoto gave that.

Major problems did need solving, but they weren’t the main points of season two. The relationship between Yato, Hiyori, and Yukine was. Season one, of course, had that amazing scene which built the foundation for this trio. And from that, they continued to grow. By the end of Aragoto, these three became unshakable.

There were two moments which caught me off guard. Both in a good way. One was born from a dire situation. The other from a simple gesture. What came from these scenes were two of the most heartfelt and moving moments of the season. The first was between Yato and Yukine. The other Yato and Hiyori.

All the action, all the spectacle would’ve been nothing if it weren't for these three. Yeah, the show would’ve still been cool to watch. But the power would’ve vanished. The journey of Yato, Hiyori, and Yukine was a long one. Where they were and where they ended up are miles apart.

One final note, Aragoto did the same as its predecessor. If there is to be a season three, it’s clear what the story’s going to focus on. If things stay as they are, any Noragami continuation would be ready to go. The makings of a worth wild trilogy are quite bright. 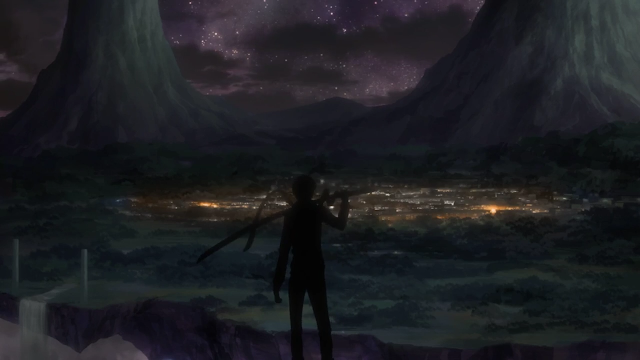 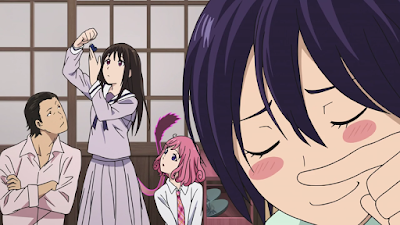 Aragoto was a perfect follow-up to the first season. It kept the same spirit and feel. To watch this series as one long marathon run wouldn’t be the worst idea in the world. I know I’d make a day of it. 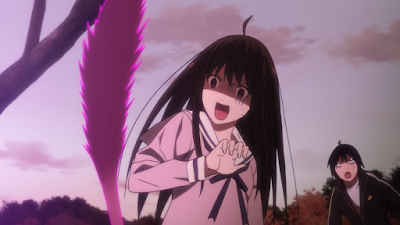 On pure enjoyment, seasons one and two are equal. I found myself laughing just as hard. I felt my blood pumping just as fast. And I was tearing up just as often. Nothing lacked in emotion. This was a thrill ride from beginning to end.

To play devil’s advocate, though, let’s make a few comparisons.

Season one had that brilliant moment between Yato, Yukine, and Hiyori. It has stuck with me ever since. It’s like it hasn’t been forever ago since I saw it. Did season two reach that high a pinnacle? No, but where it did go wasn’t weak. Aragoto will tug at your heartstrings something fierce. 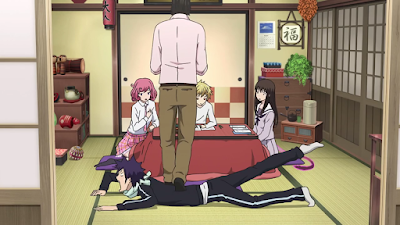 An element I thought season two might reinsert, but didn’t, was Hiyori’s fighting role. She threw a punch every now and then, sure. But she became the group’s definitive support. While I would’ve like to see her on the front lines more, this wasn’t a bad thing. 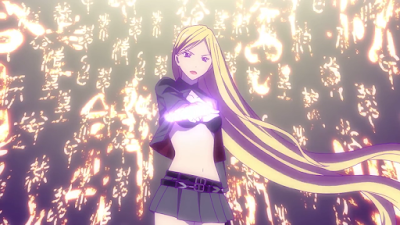 Hiyori was never insignificant. She was as far away from that word as possible. There were several characters who had faith in Yato and Yukine. Except, if they lost Hiyori they'd have nothing. If that means she isn’t a fighter, then so be it.

One final note. How do the seasons compare with their actual production and storytelling? Here and only here does the first take a clear edge. 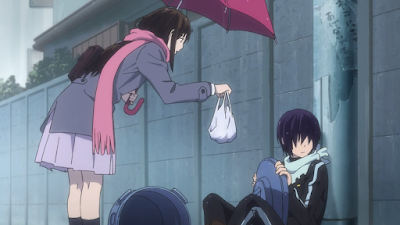 With how well paced and executed this whole franchise has been, this was glaring. Aragoto had two arcs. The first dealt with the already mentioned Yato/Bishamon confrontation. I have nothing bad to say about it. It was top notch.

The second dealt with Yato coming to terms with his past. It got where it wanted to go. And the final act of this arc was great. Getting to that point, though, was strange. I say strange because this was the first time the series felt rushed.

Yato did things which didn’t make any sense while he was doing them. He went against the character and personality we had come to expect. For example, Yato just got up and left Yukine and Hiyori behind. Forget his motivation for doing this, the actual act of him doing this was weird.

The show explained Yato has disappeared for long periods of time before. That was nice and all, but this was the first time he did this with us. To the audience, this was a new thing. Having this happen and explaining it away as a thing that has always happened leaves a gap. There were a few steps missing.

Was this enough to distract from the series? As I said, no it wasn’t. It got the job done. But God damn it, we know what Noragami is capable of. Using such half-assed exposition is beneath this series. 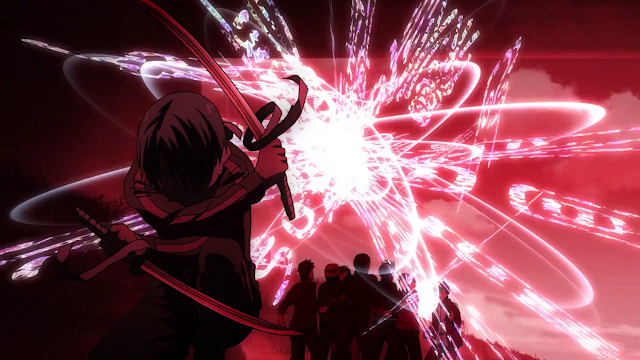 Do I even need to say it? I will anyway because I want to. Noragami Aragoto was fantastic. It launched right of the first and gave us more.

The animation, the characters, the humor, the drama, it’s all here once again. This entire series is on my list of all-time favorite anime. They're both so good that I can’t separate them. From here on out, when I say Noragami I'll be referring to both seasons.

Don’t believe me? Watch it if you haven’t and see for yourself.