***Warning, the following may contain spoilers for Otaku no Video. Reader discretion is advised.*** 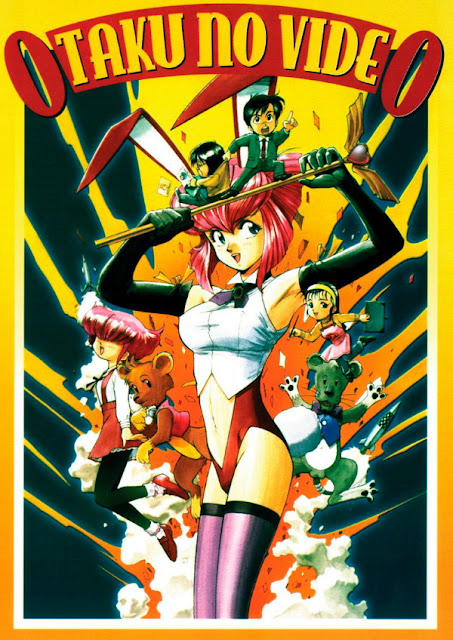 Given the nature of this site, the term “otaku” has come up before. It feels appropriate to get an idea of what the word means.

An otaku is anyone with a fandom. Though that seems simple, there are some generalities. There are sports otakus or book otakus. But in general, an otaku is a fan of anime and manga. In addition, anyone who is a fan of anything meets the definition. The magnitude is irrelevant. That said, otaku, again in general, denotes a deep obsession.

With these generalizations, there is a negative connotation associated with otaku. The image is a reclusive, anti-social loner who spends more time looking at a screen than going outside. As such, this is a label some don't want to associate with. Such is the case in the term’s homeland, Japan.

How much truth there is to this varies case by case. Yet it’s not hard to see why this is a common character trait in anime. This brings us to our series today.

Otaku no Video is a satirical look at otaku life and culture. As well as a loose telling of the founding of the short’s production company, Gainax. These are the two reasons Otaku no Video has my attention.

There is no getting out of the fact I'm closer to the general image of an otaku. I’ll leave the depths of my obsession to your own imagination.

Plus, when anything has Gainax’s name attached to it, I’m curious. On LofZOdyssey Anime Reviews, we have already looked at a few of the studio’s productions. There are Kare Kano, Mahoromatic, and the masterpiece, FLCL. Others I plan to cover include Gurren Lagann and Panty and Stocking. Gainax’s biggest claim to fame, though, has to be Neon Genesis Evangelion.

I have high hopes Otaku no Video will at least be interesting. Not because Gainax can do no wrong. The second season of Mahoromatic is proof that it can. And let’s not forget this studio’s tendency to not have a coherent ending. Watch Evangelion if you are wondering what I mean by that.

I’m looking forward to Otaku no Video because this is Gainax's territory. This is a company with roots in otaku culture. I want to see what they do with this kind of material. Thus, I have a few predictions.

We can forget about any kind of seriousness. I can’t imagine anything other than silly and goofy. Plus, I would bet money any and all female characters being braless. This is kind of another staple of this group. And believe it or not, I don’t think we will get a Gainax ending. If nothing else, I expect a tongue in cheek look at otaku life from a long-forgotten era. The early 1990s.

At the time of me writing this section, I have not watched this series. With that, here are my impressions of Otaku no Video. 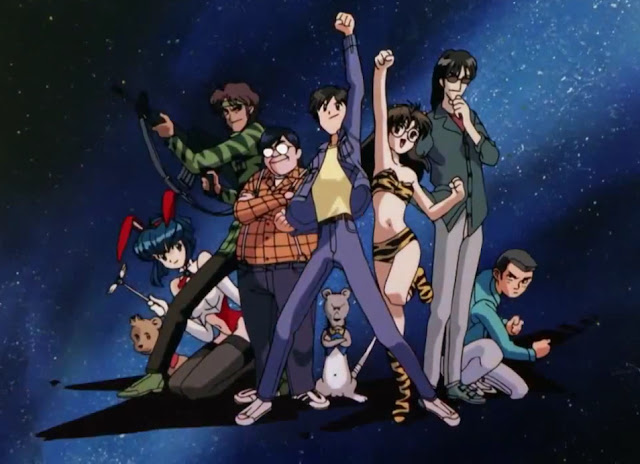 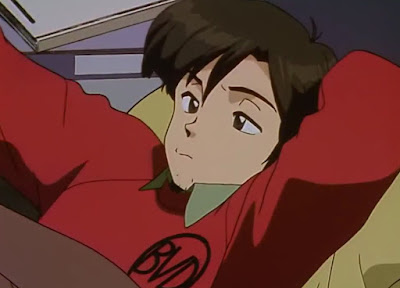 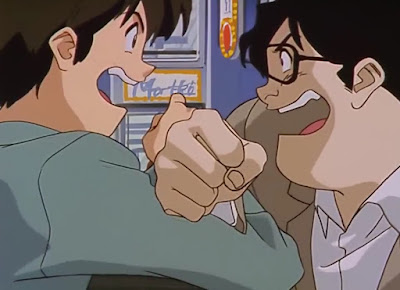 This is the story of Ken Kubo (voiced by Koji Tsujitani). He stumbles into otaku culture and quickly dedicates his life to the fandom. Frustrated with others condemning his interest, Ken decides to become the ultimate otaku. He dreams of creating a paradise for people shunned for liking the things they like.

I thought I had some idea what this series would be about. That wasn’t the case. This was an odd specimen and I mean that in the best way possible. This story was full of surprises. The biggest being the animation. 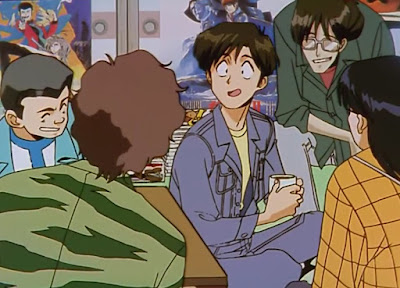 Otaku no Video is now twenty-six years old. I anticipated seeing some age. While that was there, it existed in a way that caught me off guard. The animation was outstanding. This series has been able to endure the passage of time. This blew me away the most.

You can tell time and resources went into the artwork. This wasn’t the most action-oriented story. The setting was a simple, mundane urban Tokyo backdrop. For the most part. Nevertheless, each movement was fluid. The colors were bright and vibrant. Characters were expressive and at the risk of sounding obvious, animated. There may not have been a movie budget backing this series, but money was on the screen. I did not expect this level of quality.

While on expectations, how did I do with my predictions? 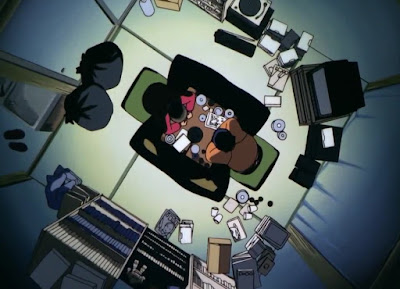 Otaku no Video was indeed silly. You didn’t need to be a physic to guess that. The story started off standard enough. There wasn’t anything too extravagant. There wasn’t the slightest hint of anything fantastical. Things didn’t stay that way. 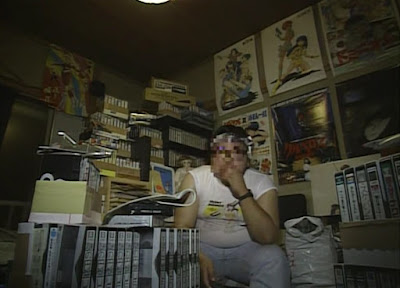 There came a point when this series said, “screw it.” Why not have the main characters build a multi-million, possibly billion-dollar enterprise? Twice no less. This show crossed the line of logical progression and then some. Might as well just enjoy the ride.

Besides, this wasn’t even the most outrageous part. We will get to that in a moment. 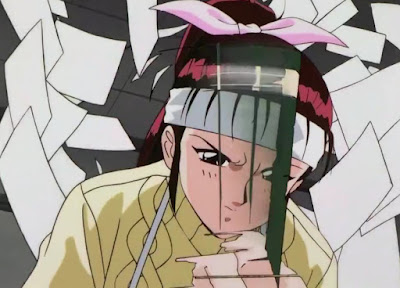 In a less direct way, I mentioned how female breasts would operate in their own plain of existence. I wasn’t one hundred percent wrong. More like ninety percent. In a clever use of self-awareness, there was only one example of Gainax boob physics. The main character of our leads’ anime was the spitting image of a typical Gainax heroine. This studio knows full well what it is doing. 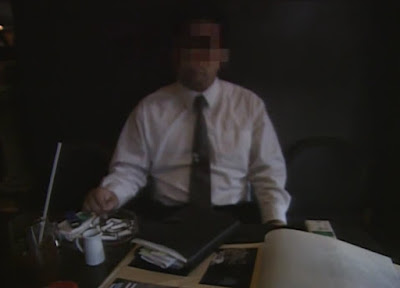 What of a Gainax ending? I didn’t think this would be a thing. Low and behold, there actually was one. Kind of.

The main difference was, I knew what was going on. Compared to what has come out of this company, this was as straightforward as they come. Though random and out of left field, it was no existential mind trip.

Also, Otaku no Video reached into a post-apocalyptic 2030s. It is 2017 now. This possible future may still be some ways off, but we are closer to it than 1991. Think about that.

Last, what of otaku culture from two decades ago? There were two things I found fascinating. 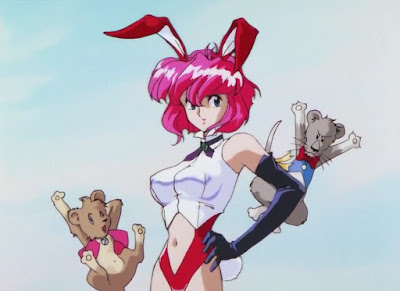 First, Otaku no Video focused a little on otaku life in the coming years. The coming years from 1991 that is. In particular, the story touched on how anime was starting to find a foothold in the West. Whether a joke or not, this was some dead-on insight.

I remember when the medium broke through in the States. Toonami’s programming block was only a few years after this series. And for those of you who recall, that meant the American premiere of Dragon Ball Z was on the horizon. The rest, as they say, is history.

Second and what was my favorite aspect of this series, was a segment know as A Portrait of an Otaku. These were live-action mockumentary interviews. The film crew talked with people from different branches of otaku culture.

The interviewees were awkward and that’s me being nice. These scenes were well done. For each interview, the participant had their face blurred out and voice altered. The animated portions portrayed otakus in a positive light. These bits did not. The further the story went along, the sadder these people got.

My favorite was the second interview with the computer programmer. He got so defensive so quickly. A simple no would have been enough. I’m not going to go into too much detail. I’d rather you experience them as they come. Fair warning, though, viewer discretion is advised.

Was Otaku no Video all good? No, there were a few questionable moments. The turning point of this story didn’t make any sense. Ken’s girlfriend broke up with him because she couldn't understand his hobby. That would have been fine if had the story left it there. But apparently, that was somehow justification to turn her into a huge bitch. I have no idea why that happened. It also didn’t help that the resolution to this arc was not satisfying.

Overall, though, I had a good time. It was weird in the right kind of ways. The animation was amazing. The story got a few solid laughs out of me. It was interesting to compare current otaku life with its past iteration.

I wouldn’t suggest this series to everyone. It did get a little out there. But if you’re like me and want to see where the fandom has come from, Otaku no Video is well worth a look.