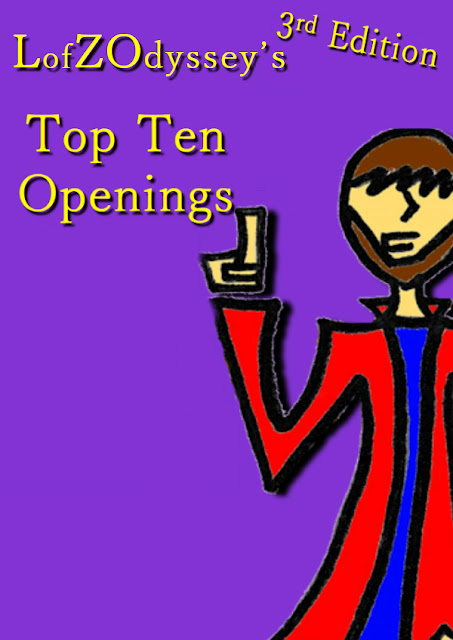 This is now the third time I’ve explained this. It’s becoming a yearly tradition it seems. One that I’m more than happy to continue with.

That’s right, we have another year under our belts. So, it’s time to do a little reflection. What has come? What has gone? And what has remained a staple of the medium? It’s once again time to look at the top opening songs in anime.

I can tell you, the contender list is getting quite big now. And that's fantastic. Though it does make my job all the harder.

Yet with each new update, I like to think we are getting closer to the ultimate list. A goal I know we’re never going to reach. And a goal I never plan to reach.

As always, what are we looking for?

To start and to reiterate, this list has nothing to do with the quality of a series. A show can be garbage and still find a home here. All that matters is that opening number.

We’re looking at more than if a theme is catchy. Is it memorable? When you hear it, there’s no mistaking where it’s from. At the drop of a hat, you can play it in your head and not miss a note.

Then if you’re actually watching the show, it gets you all the more excited.

No point wasting any more time. Here’s my third edition of the Top Ten Opening Theme in Anime. 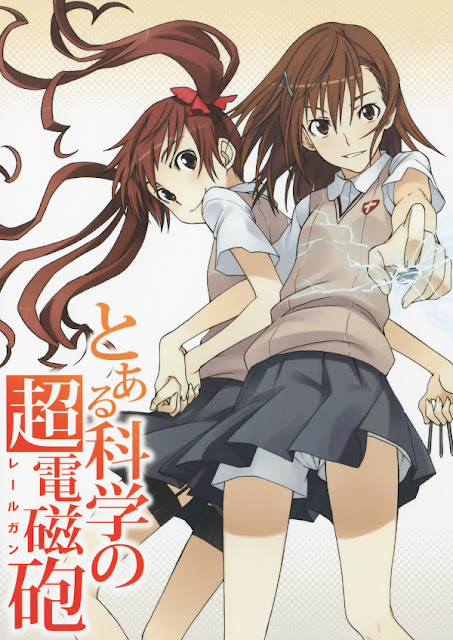 With no pun intended, this song is electrifying. Fast-paced and fun, it is a perfect fit for A Certain Scientific Railgun.

I’ve gone over the story before on how I screwed up the order of the Academy City series. I should’ve watched Index first, but it didn’t. Yet like everything else about this franchise, it was all trying to match the level of Railgun. The opening is no different.

This song sets the mood. It tells you everything you need to know. Railgun won’t be boring.

Every time I hear this tune, it makes me want to return to Academy City. I believe there’s still so much more story left to be told. Until that day comes, or if it ever does, I may have to re-watch the original series again. There are worse fates out there I suppose.

Between Index and Railgun, I’m all in on team Railgun. Everything about it is simply better. Story, characters, action, it’s all superior. I’m ready to debate anyone at any time about this. And I assure you, this song will be my first reason why. 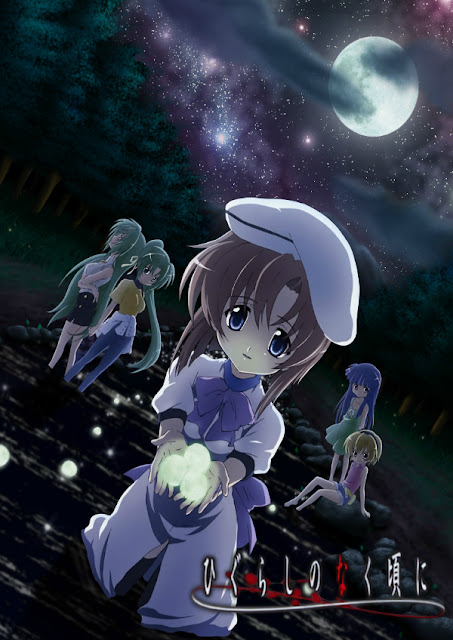 Do you get that sting down your spine? That eerie, crawling feeling? The same feeling you get when you know, deep down, something’s not right. The calm before the storm. If this song doesn’t give that to you, then you’re a better person than me.

This opening is filled with malice. It’s the kind of tone which embodies when someone has been pushed to an extreme. An extreme with few ways out. And those few ways out require violence.

It’s sad. It’s grim. Hope is felting. Every road leads to a bad end. This is a sober, yet chilling melody. It gets me every time. And wow, is it satisfying.

This is more than an opening to the first season. It’s the theme of the franchise. All facets of it. Higurashi, Umineko, this is the pinnacle.

I want to introduce someone who knows nothing about the Higurashi series. And show them nothing but the cuteness. When their guard is down, I’ll play this song. What face will they make I wonder? 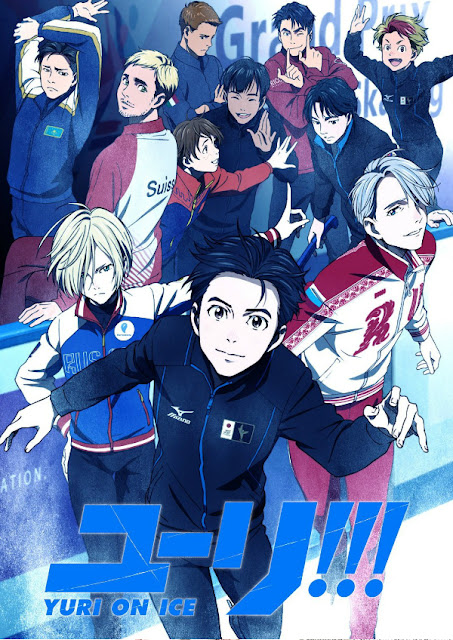 Yuri on Ice is a pretty good show. I liked it quite a bit. But the degree to which I love this song is disproportionate to that.

Inspirational is the word I’m going to use. And I embrace how corny that sounds. Whenever I hear this opening, it has a way of making me feel better. I could see this one on a future workout playlist.

Plus, it’s not like it doesn’t fit the series. The stakes got rather big. Granted, the further the story went along the more fitting the song became. Yet that’s neither here nor there.

There also something that needs to be said for the almost right English. If it’s on in the background, it sounds correct. Except if you take a hard look at the lyrics, there are a few points which make you go, “Hmm, okay.” But, boy the music make it sound good.

And in case you might be wondering, History Maker is a go-to karaoke song for me. 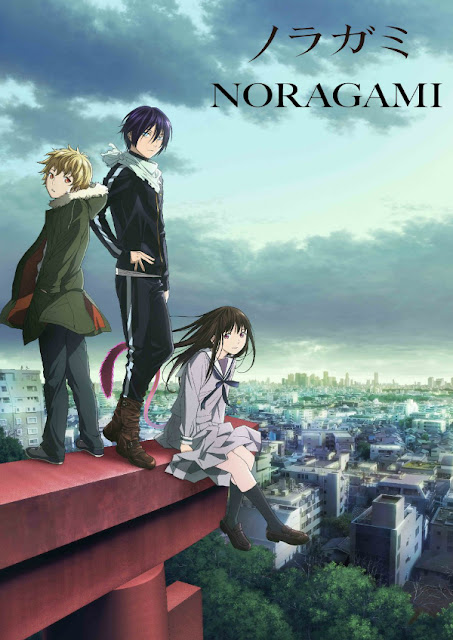 I don’t think it’s unfair to say Noragami is one of the most solid anime of this decade. Fight me on it. This song will be my internal background music.

In much the same way only my railgun was for Railgun, Goya no Machiawase tells you what you’re in store for. Then add the fittingness of History Maker and you can see why this is here.

Every time I think about this one I imagine a kick ass show. Something that’s funny. As well as having the perfect balance of drama to make it all worth somethings. It has characters you want to follow and see grow stronger.

All the while, everything about it is as fun as you can imagine it being.

So yeah, Goya no Machiawasei made this list. It’s a great companion to an already great show. And it’s certainly a brilliant lead-in to said show.

As a nice bonus, the second season of Noragami has a decent follow up as well. 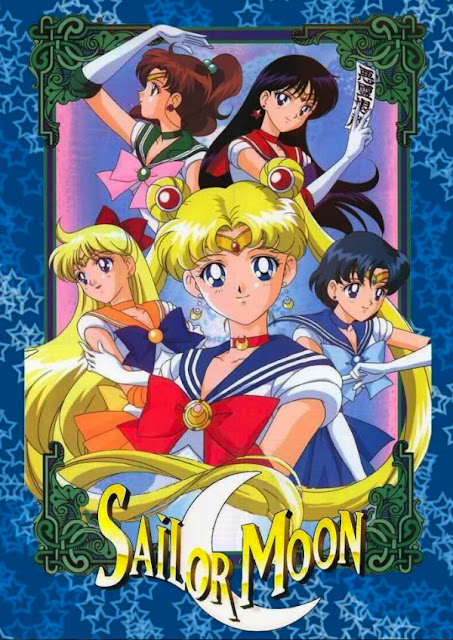 Alright, so what happened? This was number three last time. How did it take a drop like this?

One, timing. This isn’t an exact science. I can only go off what I’m feeling at the moment of me writing this.

Two, it’s still in my top ten. The top ten of the hundreds of openings I’ve seen. I imagine it’s going to stay here a while too. That’s not arbitrary. I do have a reason for that.

Back in June of 2016, I went a Sailor Moon Exposition in Tokyo. I wrote a post about it as well. That was an unmistakable look at the influence this series has had over the past twenty years. Seeing all the artwork. Looking at all the merchandise. And being surrounded by people who grew up with this show.

You better believe this song got played. Seeing so many fans sing along with and have a connection to it was powerful. Like I said, this opening isn’t going anywhere. 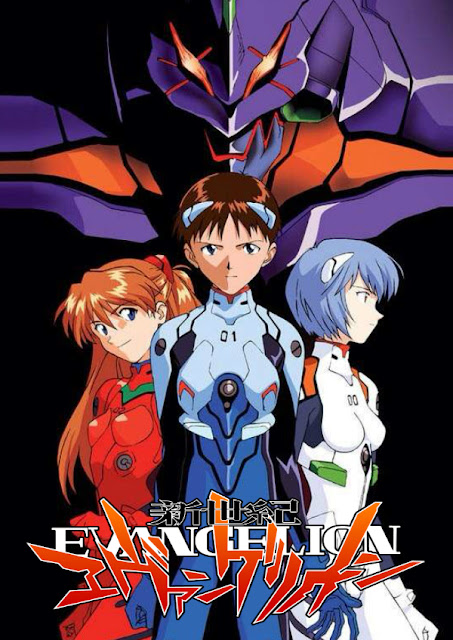 Speaking of not going anywhere. If I can repeat myself, again, the definition of a classic.

With Sailor Moon, I went to an event dedicated to the series. It was infectious. How could it not have been? The scope was ripe for spectacle. Plus, everyone one was there to celebrate everything, Sailor Moon.

I've not been to an Evangelion event. Yet. Except something happened with this series which hit a little closer to home. It occurred during a simple conversation between friends. It was myself with a couple fellow Americans and a few Japanese. Anime got brought up.

Sure enough, Evangelion was mentioned. Without missing a beat, my Japanese friends broke out this theme song from memory. I’m convinced they hadn't thought about this series for several years.

That’s what I’m looking for. That’s Evangelion. That’s a legacy. 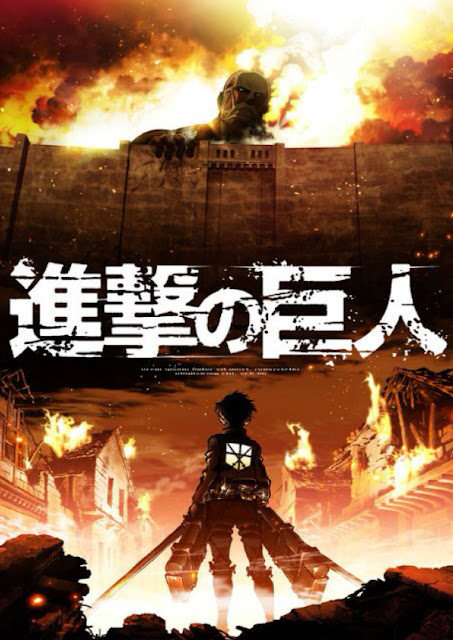 We’re getting into the cream of the crop now. This is territory where the opening will always get played.

And this one is still so awesome. Attack on Titan has established itself as a world phenomenon. I imagine it will reach the same level as Evangelion and Sailor Moon.

And leading the charge will be this song.

From the moment it starts, you can feel the weight of what the show wants to do. This final battle to determine the fate of humanity. Against a foe which is shrouded in mystery.

Here’s a little story I’ve never told. Before I even watched this series, I knew what this song was. I knew where it was from. It got me pumped. Then in context, it only got better.

Then there’s the most exciting news. At the time of me writing this, season two is airing. I haven’t watched any of it yet. I haven't even heard the new opening. But I’m saying it now. I don't believe it will reach this level. 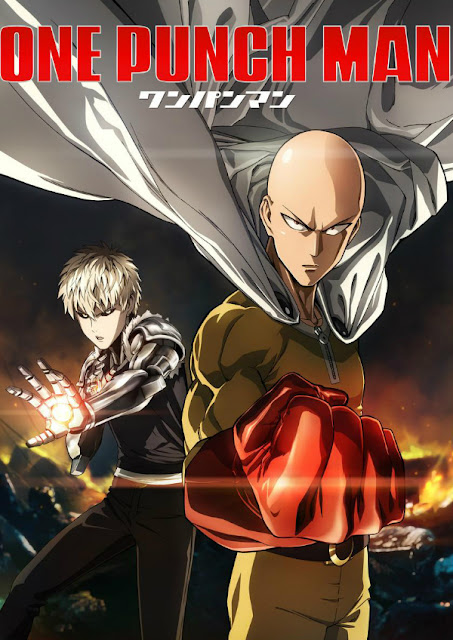 How are you not ready to fight whenever you hear this song? Or at the very least, who’s not screaming those opening words?

The scale of this theme is so fitting. No matter how crazy, ridiculous, or over the top One Punch Man goes, it knows how to be awesome.

With the youngest title now going to Yuri on Ice, a bit of time has passed since One Punch Man’s original release. And what I said a year ago is only stronger now. So yeah, I bumped it up a slot.

Now, like Attack on Titian before it, here’s wondering what the second season will bring. Or will it bring this song back? That’s not a bad option in itself.

Also, if you want to hear an epic rendition of the English version, check out Jonathan Young’s YouTube channel. He’s done many amazing covers of iconic pop culture songs. If you’re interested, give him a look. 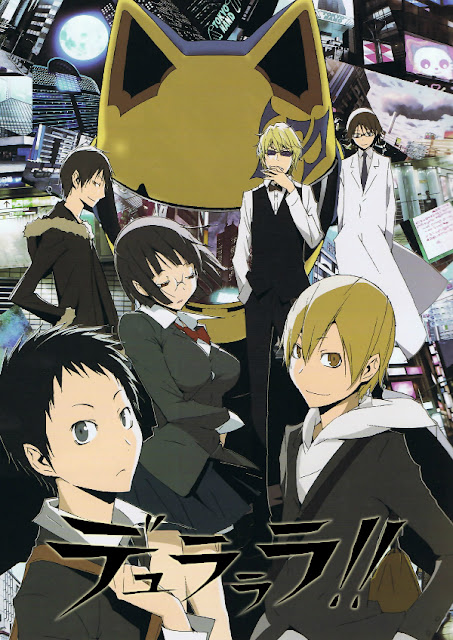 This was last year’s biggest surprise. Even to me. This song kind of snuck up and took the top spot.

And it’s going to remain a major contender for many more editions.

Complication is an amazing balance of several different things happening at once. There doesn’t seem to be much of a focus. Images and characters coming flying at you in whatever order they feel like. On the surface, it looks like a mess.

But no. This opening is everything Durarara is. Sure, there’s a lot going on. Yet there’s a purpose behind it all. That and it’s just fun as hell.

Also, I know there’s a second season. I’m getting to it. But there’s a lot to it. And I don’t feel like doing it at this point in time.

Now we’ve come to the moment. The former champion has been dethroned. Something great must have come along then. I can assure you. Something did. 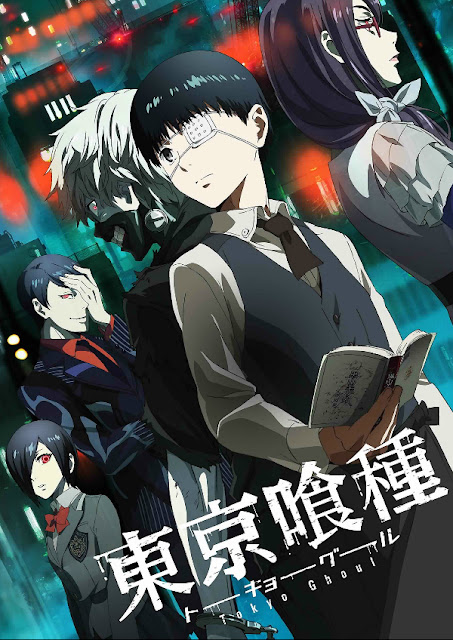 Unlike last year, there was no surprise. I knew when starting this list what would take the top spot.

unravel from Tokyo Ghoul is incredible.

This sad song is so sad. I'd even go so far as to say heartbreaking. But in that, there’s a splash of beauty. From that slow build up to that epic drop. How can it not get to you?

I cannot think of a better way to introduce a series like Tokyo Ghoul.

I don’t even remember what the second season's opening was. It doesn’t matter. It wasn’t this one.

Since I first heard it, I’ve been on the lookout for the Tokyo Ghoul soundtrack. I’ve even tried to master the lyrics to nail this song at karaoke. I’ve got a way to go still. But I’ve done it.

Not only that, those first few words trigger it all.

That’s why for this third edition, unravel from Tokyo Ghoul takes the title as the top anime opening.

As always, this has been my list. And if we’ve proven anything over the past three years, my opinion is subject to change.

What are your top opening songs? Give a contender. Give a list. Give some reasons. I’ll take it all.

I can only wonder what we’re going to run into this year?