***Warning the following may contain spoilers for Engaged to the Unidentified. Reader discretion is advised.*** 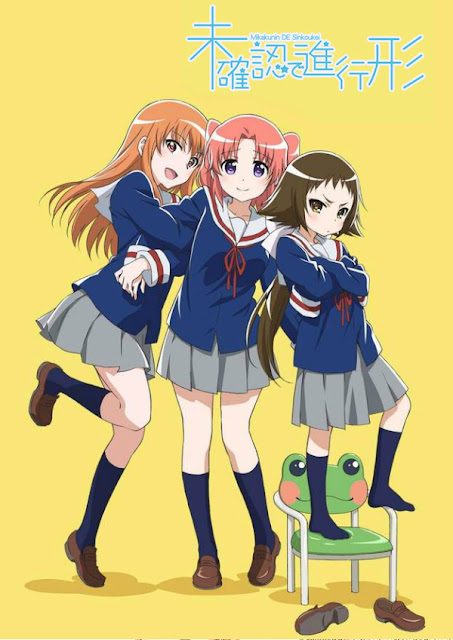 Kobeni Yonomori (voiced by Haruka Terui) is now sixteen. Bright and cheerful, Kobeni can only guess what the next year will bring. She the learns her grandfather has already arranged for her engagement.

The news is, by no surprise, a shock. Even more unbelievable, Kobeni's supposed fiancé will start living with her family. With everything happening so fast, there's little time to make sense of it all. Yet upon meeting Hakuya Mitsumine (voiced by Wataru Hatano), Kobeni can’t help feel a strong sense of familiarity.

Due to an accident, Kobeni can't remember much of her childhood. It appears, though, Hakuya was an important person from that time.

Regardless of what the history might be, this is all just too sudden.

To make matters more interesting, Kobeni has a few more headaches to worry about. The first is older sister, Benio (voiced by Eriko Matsui), who loves her little sister to a frightening degree. The second is from Hakuya’s own little sister, Mashiro (voiced by Yuri Yoshida). She'll also be staying at the house to keep an eye on her sometimes absent-minded brother.

Whatever Kobeni thought her sixteenth year was going to be, it wasn’t this. But it's only the beginning. There are still one or two more secrets left to be discovered.

I want to hate this show.

I mean it. I want to hate this show bad. A handful of smaller issues aside, Engaged to the Unidentified did something quite strange. And not in a good way. It did something which should have ruined this series.

It baffles me that this was the direction this story took. Actually, no, it isn’t the direction that bothers me. It’s the execution and it makes it hard to talk about this show. And again, it shouldn't be difficult for me to hate this one.

I like this series a lot. It was a ton of fun. For every misstep taken, there were a hundred other things which made up for it.

Engaged to the Unidentified was funny throughout and hilarious on several occasions. It was beyond cute. The romance was adorable and heartwarming to watch. The show was well animated and pretty to look at. It relied on visuals for both storytelling and comedy. More than you might expect.

When this show turned in its sudden direction, I thought it was over. While the effects lingered, the series, if anything, got funnier. This made it all the more sickening. I can see how the twist would work if it were done a better way.

But I’m getting ahead of myself. There's a lot of good in this series; a lot of good. And, it all comes from a single source.

The cast is perfect. There, I said it. 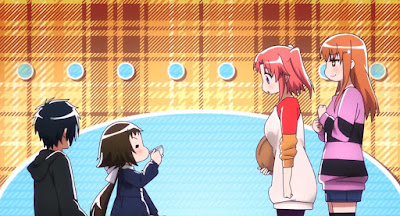 To be clear, I’m referring to Kobeni, Hakuya, Mashiro, and Benio. There were other side characters, like Mayura (voiced by Aimi Terakawa) and Konoha (voiced by Saki Fujita), who were great in their own right. Yet, all that matters are the mains. 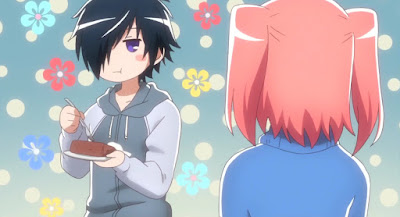 Kobeni's my least favorite of the four. Someone has to fill the role, but it’s not because of anything see did wrong. If you were to tone down the other three, she could carry this show. Kobeni was the most neutral of the group and this series needed that. When everything was going off the rails, she could reign it all back in. Yet when things did get crazy, you wouldn’t find her lying down. She was part of the action and did contribute her fair bit. She just knew when to draw the line. 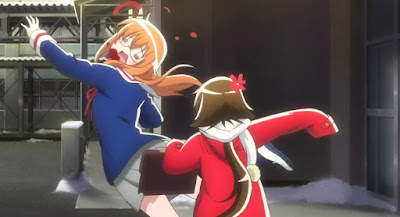 Kobeni was lovely, but it was Mashiro who made this series cute. From her introduction, it seemed as if she was going to be a disposable side character. That’s not true at all. If you were to take Mashiro away, Engaged to the Unidentified would lose the vast majority of its charm. She was an instigator and a vital element to the show. She was what allowed Kobeni to be more mature even in the presence of Benio. Mashiro also let Kobeni focus most of her attention on the growing romance. Speaking of which.

Hakuya was great. He wasn’t much of a talker, but many of the best laughs came from him. The bulk of his comedy was more often than not visual. Even though I have issues with the Twist, knowing that bit of detail made Hakuya all the better. He played his role well. Yet, the thing I like most about him was that he cared about Kobeni. It was clear that this guy did have strong feelings for her. It was believable that Kobeni would reciprocate those feelings. It allowed other characters to accept these two's engagement…to a point.

Benio was the best thing about this show. There were a lot of good things, but she’s number one. Her little sister complex was disturbing but hilarious for this series. Like it is for Mashiro, taking Benio away would mean crippling this show. She was over the top, but could be quite subtle. She was loving in intent, but overbearing in reality. Her relationship with Kobeni, who had become desensitized to Benio's tendencies, was brilliant. It was made better when juxtaposed with Mashiro who wasn’t ready for this kind of attention. What set Benio off was predictable. But how far she would go wasn’t. That balance is what made her the greatest thing about Engaged to the Unidentified.

When these four characters were together, they created an unshakable foundation. With them at the center, this series could weather any storm. No matter how stupid it might be. 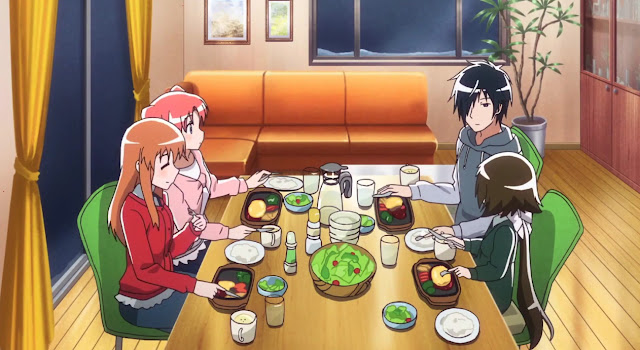 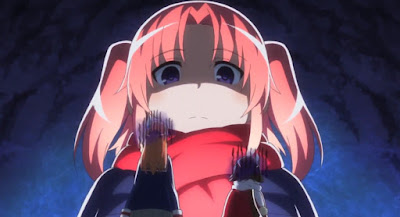 I’m not a fan of the prearranged married plot point. Especially when the story's set in modern day. It feels lazy. It risks taking away a big chunk of opening development. There's the potential of character’s feeling for each other being less believable and less interesting. All because of a lingering sense of inevitability. 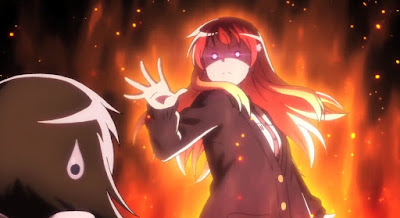 Though not thrilled that it exists here, to the show’s credit it’s not the worst thing in the world. If this aspect got removed, Kobeni and Hakuya would still have a good chance of ending up together. Having said that, this brings me to my biggest problem with Engaged to the Unidentified. 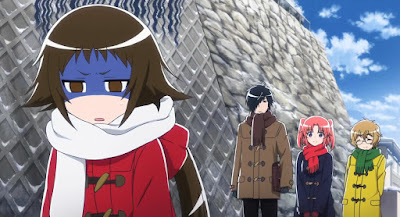 There were a lot of things to this story that felt unnecessary. Events would happen that added to nothing. Things would change, the effects of which led to nothing. Plot elements existed only to have unneeded amounts of complexity. The focus was also all over the place at parts.

Luckily for both the show and the viewer, the things happening remained funny and entertaining. And I could ignore it all except for one thing. 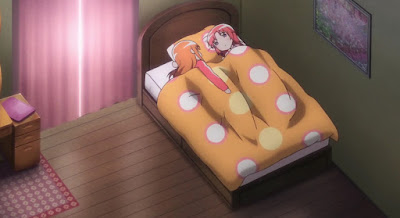 I’m not going to say what it is. And that’s the thing which pisses me off the most. I shouldn’t have to treat this as a spoiler because it should be one. 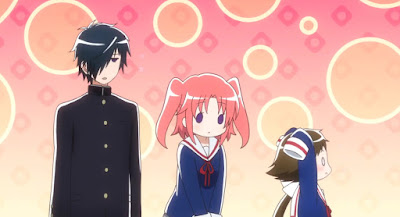 This show wanted this twist to be integral to the plot. As in, it was the main thing the characters had to deal with. Thus, wouldn’t it make sense to introduce this super important issue in episode one? Episode two at the latest.

OR…If the show did want this to be a major reveal, then maybe it would have been a good idea to save it for an end surprise. It would’ve still been dumb, but at least it would have the angle of “Oh, that explains a lot”. 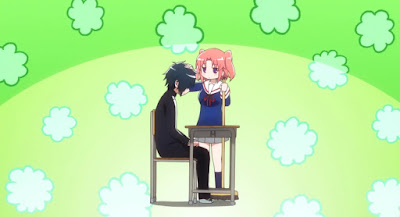 Instead of doing either of these options, the show just says it. It was all like “Here, you deal with this now”. Oh, okay, so this is a thing apparently. Never mind the fact that it’s stupid as s@#$.

What made it even worse, and I can't wrap my head around this, the twist played such an unimportant role. It could have got cut, it did not have to exist. Yes, it tied a bunch of things together and it explained quite a bit. But that doesn’t make it good.

It’s like if you putting together a birdhouse in a tool shed. You have access to a lot of equipment that will make this an easy task. Despite that, you choose to use a rock. Sure, it will get the job done. But you ignored a dozen others ways that would have made the process a lot more efficient.

One more thing before I finish this rant. The show tried to be clever. It questioned why a character was able to do certain, almost unnatural things. Oh, isn’t it strange that this person can move at inhuman speeds? Yeah, that’s a thing you can do. Except the show had other characters do similar things and in some cases more absurd things. They weren't done for intrigue, but rather comedic effect. Why is a character able to sprint down a sixty-foot hallway in under two seconds? It’s because they’re in a f@#$ing anime comedy, that’s why. 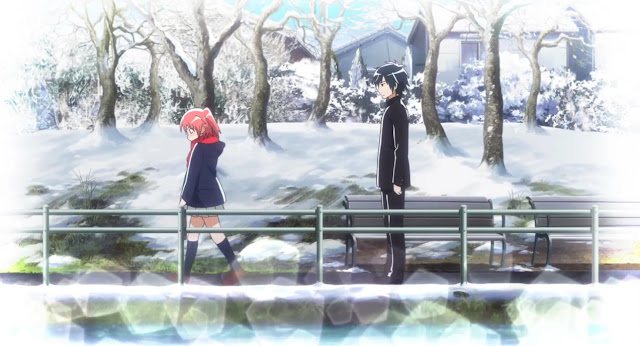 The levels of absurdity this series went to was unnecessary. That and it was also dumb. Yet, if putting up with that means getting a show like this, it’s not the end of the world.

The vast majority of Engaged to the Unidentified was great. The characters were phenomenal. The humor was hilarious. The romance was adorable. This is such an easy show to recommend.

The whole thing starts off as nothing special. As it continued and the longer it went on, the more I fell in love with it. Please let there be more one day. I see nothing but potential coming out of this series. Hell, it might even be able to use what is now established.