The Earth is currently populated with thousands of aliens from all over the universe and more come every single day. Ranging from peaceful to hostile, countless extraterrestrial species have taken up residence and have assimilated within the native population. And everyone knows about it, except for the human.

Earthling and baseball prodigy, Yukitaka Tsutsui (voiced by Yoshimasa Hosoya), moves into his new apartment to attend high school. However, waiting inside is a tall, blonde haired man (voiced by Daisuke Namikawa) claiming to be an alien who has crashed landed and has lost his memories.

While Yukitaka instantly finds this uninvited guest infuriating, he begrudgingly starts to help when government men and other alien races begin hunting the stranded man down.

Along the way, it is learned that the man is actually the prince of the highly influential planet, Dogra, and should anything happen to him it would risk war on an intergalactic scale.

The situation quickly beings to spiral out of control and it all seems hopeless; except it isn’t, because it’s all bull s@#$.

The man’s true name is Baka Ki El Dogra, who

truly is a prince of a prominent planet, he just set up this entire charade for a quick bout of entertainment. Known across the universe as having a genius level IQ, the problem, and most people’s annoyance, is that he doesn’t use his amazing intelligence for the greater good or common decency. Instead Prince Baka would much rather torment everyone around him and generally be an all-around dick head.

I don’t know the reason and I can’t explain why, but deep down I thought this show was going to suck hard; like really badly. Something about Level E screamed at me that I wasn’t going to like it. Steeling myself for the worse, I started watching and god damn it….

I couldn’t have been more wrong.

Level E is awesome, this show is great. I want to know what it was that made me think otherwise. Therefore, if for whatever reason you get the same vibe that I did; ignore it. Never judge a book by its cover; keep that clichéd kids lesson close to you at all times. 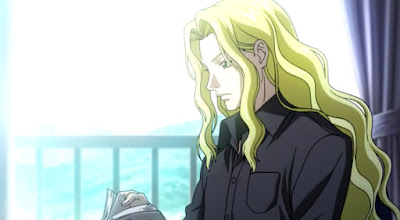 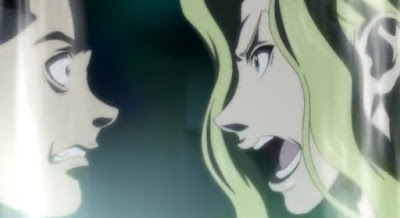 There are two groups of characters doing different things. They're in the same universe, they're at the same time, but they sort of don’t interact and the actions of one don’t usually affect the other. 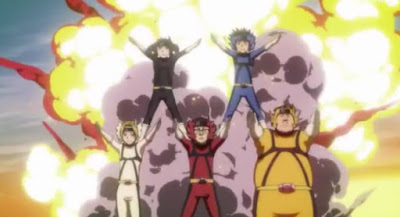 The first group involves Yukitaka. Since this is the one we begin and end on, I think it’s safe to say that this could be seen as the main group. Here is where the alien visitors interacting with the human world is generally the “focus”. Now there’s a word that I don’t want to use for this show due to there not actually being a true focus. Everything’s more like short term goals, and even then it’s more akin to controlling the fallout of the Prince’s persistent f@#$ery. 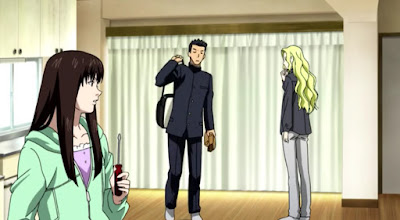 The second involves the Color Rangers. This honestly should have grinded Level E to a halt, but it was just so much damn fun to watch. These boys somehow became the targets of the Prince and although they never outsmarted him, they never fully fell victim to his bull crap. In actuality, they take what happen to them and turn it into their own thing. I would love to see a show that’s just them. 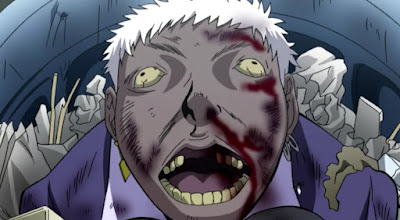 Between the events of Yukitaka’s group and the Color Rangers, you might think that  things get crowded. Surprisingly they don’t. Both teams get the perfect amount of time to do whatever they need to do. It never felt like one was taking from the other. While it’s a little disappointing to see one step back for a bit, there being replaced with something equally good. It’s even more amazing when a third group comes in and they're also really fun to watch. This one is with Captain Kraft (voiced by Takehito Koyasu) and his subordinates who serve as bodyguards for Prince Baka. There is no one in the universe who better understands how awful a person the Prince is better than Captain Kraft. His internal, and highly external, struggle between doing his job versus wanting to shoot Baka in the head and his team’s efforts to prevent the latter from happening result in some of the best moments of the show. 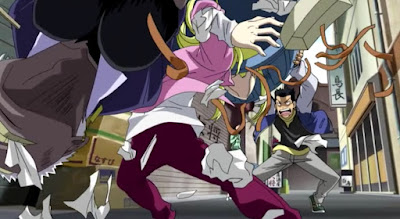 Now amongst that, there is one thing that connects all this together, Prince Baka. This guy is an asshole; one of the biggest, if not the biggest, I have seen in anime. His absolute disregard for other people’s sanity is the source of Level E’s hilarity. But while he might be a jerk, he’s not impervious. He will get punched, he will get beat, people will retaliate, and this is why he remains likable and not infuriating.

To round this section off, the show does one more marvelous with the Prince; give him an equal. It’s unfortunately at the end, but it is perfect in every conceivable way. Like the Color Rangers, this in itself could be its own anime.

For how big this cast is and for how short this show is, it astonishing how well it comes together.

This is a brilliant comedy with sci-fi elements. However, Level E also takes on a genre that I’ve never understood until now; the horror comedy.

Now of course I know what a horror comedy is trying to do and I recognize that there are many other things that label themselves as such; and yes I believe there are good ones. Yet I’ve always felt, especially in anime, this usually means more comedy than horror. Level E is a good balance.

This show isn’t terrifying; it’s not going to be the one to keep you up at night. However, it can get incredibly creepy and extremely tense. A lot of this does have to do with the visual style; it’s obvious when the series is in funny mode and scary mode. But it was the transition between the two which blew me away.

Comedies have the liberty to go balls out insane. They can be wild, over the top, and silly to no end. This is something horror can’t do because it's innately the opposite of comedy. Horror is much more serious and heavy. When you have elements of one genre randomly thrown into the other, it’s off putting.

When a comedy tries to have disturbing or unsettling themes it can be out of place, and in worse case scenarios destroy the entire comedic element.  Alternatively, when there’s a joke in a horror story, there’s the risk of it breaking tension and ruining the atmosphere. These are not easy to combine and much harder to carry a series with.

Level E did it though by letting each moment, particularly the scary, more intense ones play out. They never overshadowed one another and were given their space. 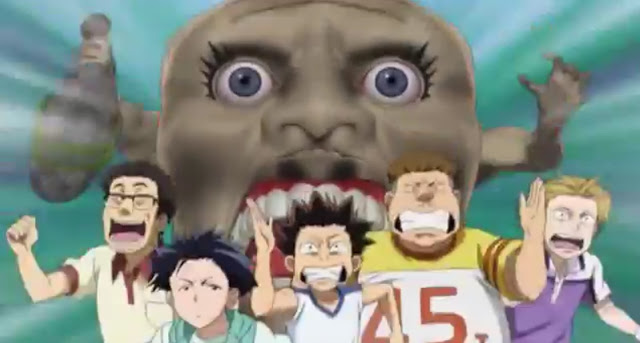 Welcome to nit-pick corner and there's not a lot.

Really though, I don’t have any negatives to say about this show nor were there many things that I wish could have been done a better. If anything, there are elements I would have liked to see more of.

Think of Level E like would if you were going out for ice cream. You crave it, you get it, you eat it, and you’re happy. In that moment you are more than satisfied, but you could always go for some more ice cream. 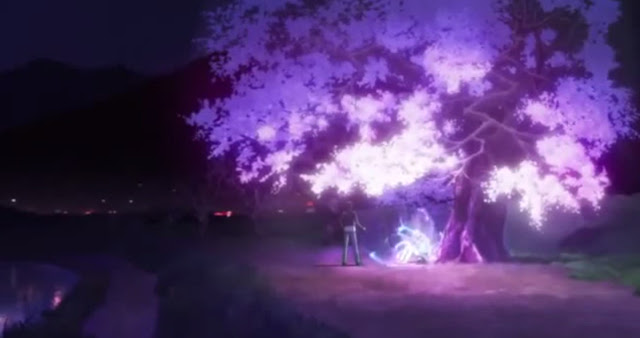 I cannot help but be a little annoyed. A little more than a week prior to this, I published my Top Ten Anime Comedies. I sat on that for months before pulling the trigger. Then fate comes along and is all like “ya forgot one dick weed”.  Level E would have been a contender. Would it have made the list? Maybe, and in all likelihood probably.

I did say in that top ten that I will most likely do another one because frankly it’s inevitable. Other shows are going to come and opinions are going to change. Whenever that day comes, don’t be surprised if you this one being on it.

Level E is hilarious, as well as legit creepy at times. Its characters are so much fun to watch and its balance between the silly and the serious is the gold standard to me now. This is a series that you must check out.