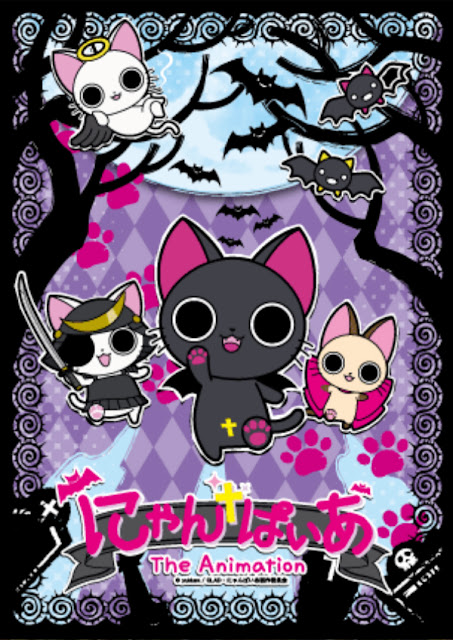 Alone in the rain, a weak abandoned kitten awaits its death (not the happiest of starts, but moving on). As the last vestiges of life begin to leave the frail creature, a vampire strides out of the shadows and takes pity on the poor animal. The vampire offers up some of its blood, thus saving the cat and allowing him to be reborn as Nyanpire (voiced by Ami Koshimizu).

Grateful to be given a second chance, Nyanpire gleefully begins to live with a new human and gets into the general mischief you might expect from a young feline; that and also he’s a vampire. Because of which, Nyanpire’s favorite meal is blood, but he’ll settle for anything red colored; ketchup, strawberries, etc. And that’s pretty much the whole gist.

Along the way Nyanpire meets up with and befriends other equally unique animals. First is the honorable samurai cat, Masamunya Dokuganryu (voiced by Noriaki Sugiyama), who instantly develops a crush on Nyanpire. Second is the fallen angle cat, Nyatenshi (voiced by Jun Fukuyama), who was kick out of heaven due to his persistent womanizing; or so he claims. Third is the mature Siamese, Chachamaru (voiced by Yuko Goto), who moves in with Nyanpire. And finally there are the bats Mori and Komori (both voiced by Nozomi Maeda), who are related to the same vampire that started it all.

Together this group does…nothing. Like literally nothing, I honestly don’t know what to say here.

Regardless, they all get together and thus you have Nyanpire. 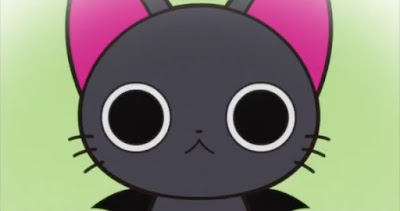 It’s really stupid and really cute. I should not have liked this show as much as I did. Frankly this entire series’ whole thing is its cute factor. I mean just look at all these shots. It’s a f@#$ing tiny vampire cat, the son of a bitch is adorable This show rightfully plays this up to its fullest because why wouldn’t it?

When you hear the name “Nyanpire” are you expecting a story, are you expecting anything more? If you are, why? These characters could sell on their own as plushies, in fact they probably are; give me thirty minutes in Akihabara and I’ll find one. This didn’t need to be a show, but here it is. 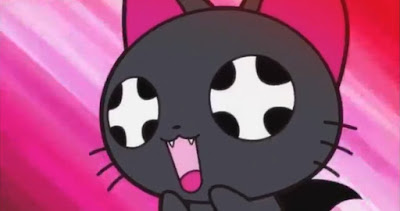 I mean not even going to ask the question if god damn Nyanpire could’ve worked as full length series because it cou… can…NO; absolutely not, nor should it have been. This is perfect the way it is. It’s quick, over, and done. Lie on the couch, throw up your feet, and relax.

Is this a laugh out loud comedy; not even close. In fact if we looked at it objectively, it’s most likely not even that funny to begin with. However it’s that charming kind of funny that you can’t help but smile at. What I’m saying is that when the lovable little vampire kitty said or did something derpy and I chucked a bit. And you know what, I’m okay with that.

If it seems like I’m coming off a tad annoyed, it’s not because of the show. It’s because I don’t have that much to say about what I like about it other than “it was fun”. 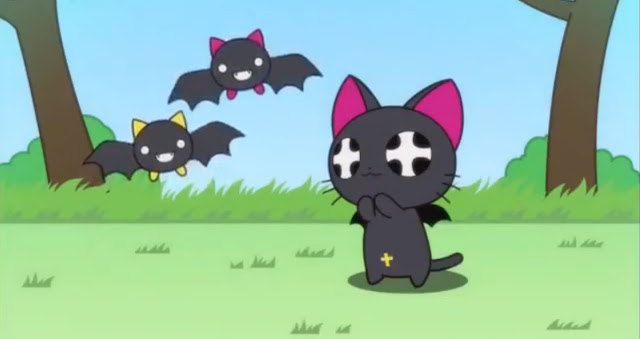 I mean…what…what in the possible hell could I write here?

Let me ask you a question. Do you want to spend an hour out of your day watching the adventures of a small vampire cat? If you’re answer’s no, then simply copy and paste my Series Positives here because it applies equally.

If you’re even reading this far into the review, I’m willing to bet that you have some interest in this series. That or you’re here for my witty and charming writing. I suspect it’s the former.

I’m not going to sit here and convince you to watch if you’re not already inclined to do so. If this entire premise sounds completely dumb to you, you’re right and I can’t say anything to the contrary. 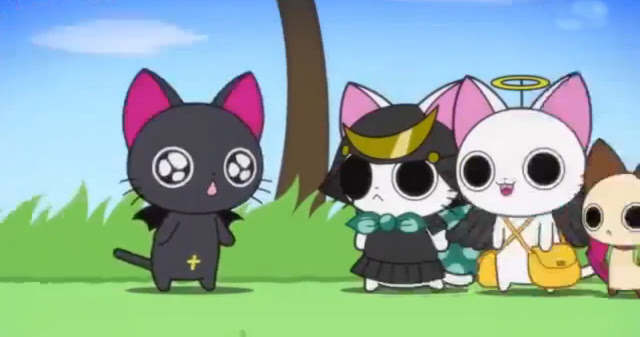 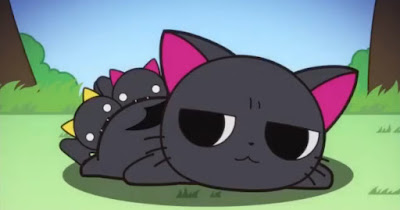 Let me be honest. The past few anime I’ve reviewed have been a bit on the heavy side. Some better than others and I just kind of wanted to take a look at something a little silly. And really, you knew if this was the kind of show for you after reading the first paragraph.

That being said though, I do still recommend Nyanpire. Not only because it will literally take you less than an hour to watch the whole thing, but because it’s not a bad show. It was sweet, delightful, and a lot of fun. I'm actually surprised that there are only twelve episodes.

If there ever were to be more, I doubt I would go out of my way to review them because I can only see me repeating myself. What’s here though is worth a look and it wouldn’t be something you would regret.