***Warning, the following may contain spoilers for Senran Kagura. Reader discretion is advised.*** 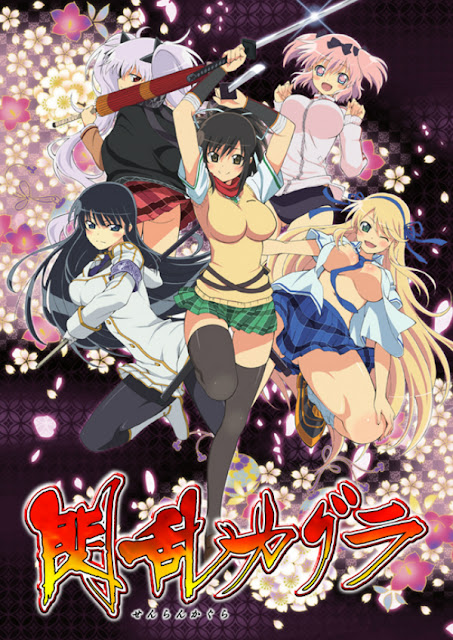 Asuka (voiced by Hitomi Harada) has returned to Hanzo Academy to complete her training. Though the school appears to be a prestigious institution, it is only a front. This is a place dedicated to fostering the next great batch of ninjas.

Along with Asuka, there are third years, Ikaruga (voiced by Asami Imai) and Katsuragi (voiced by Yu Kobayashi). As well as first years Yagyu (voiced by Kaori Mizuhashi) and Hibari (voiced by Yuka Iguchi).

The five train in secret. Becoming a respectable ninja is no easy task. Yet each of the girls appears up to it.

Without warning, Asuka and her friend's lives get a lot more difficult. They become targets of a rival group. And the power level between the two is not on the girl's side.

Boobs and revealing clothes. That is the main appeal of this show. If that’s all you want, then, by all means, have at it. 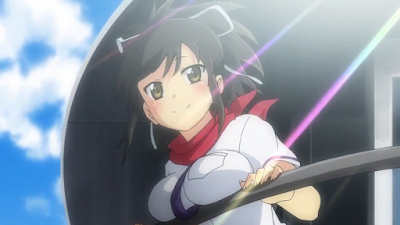 That said, this wasn't completely awful. Far from it in fact. There simply wasn't that much going on though. What you see is what you get.

Was the show over the top? Yes. Was it ridiculous? To me, no, but chalk that up to desensitization by this point. Did Senran Kagura have anything worth highlighting? There was one thing. 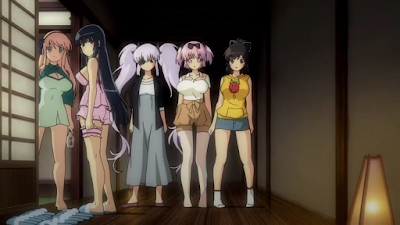 Yagyu was the best character. But she wasn't the best because she was any good. There was nothing about her personality or role in this show to set her apart. 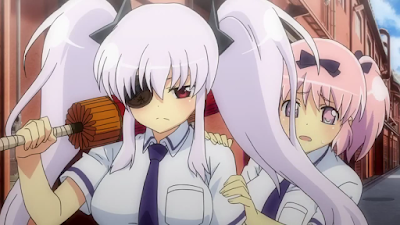 When Yagyu was the one fighting, things were more fun. She seemed to know what she was doing and could hold her own. The series knew this too because at one point it had to nerf her. That was annoying. 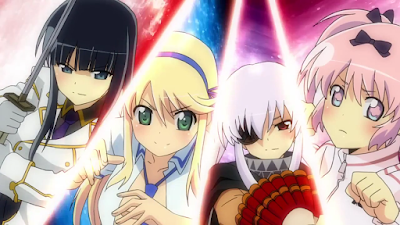 If I ever get around to trying Senran Kagura the game, I know which character I want to play as.

Disinteresting was the biggest fault with this show. As a viewer, I prefer apathy over pissed. Yet I have a lot more to work with when I'm fuming with rage. 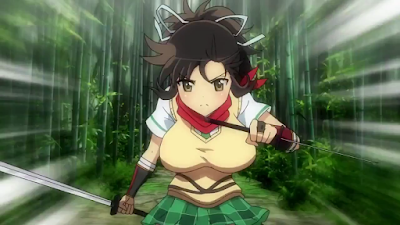 Senran Kagura never got to that point. Except there were a few times I was in shock over the levels of stupidity this series reached.

This story wasn't worth anything. The visuals were standard. The characters were likable enough, but they were not ninjas. 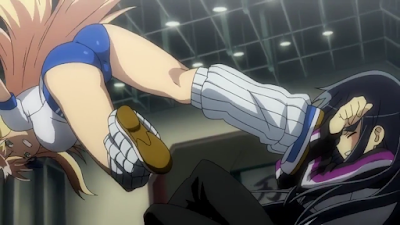 This was where Senran Kagura really dropped the ball.

Before continuing, this show's villains were alright. The story gave a decent amount of detail about who they were. We got to see glimpses of their past, as well as insight into their motivations. They all had gone through some rough patches in their lives. I felt sorry for them by the time everything was over. 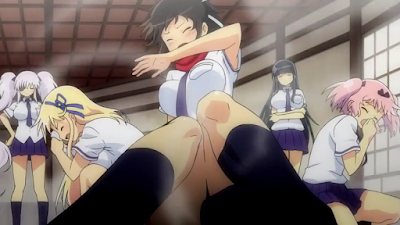 Do the villains have problems? You’re damn right they do.

They were complete parallels to the heroes. Besides having darker pasts, and even that wasn't one hundred percent true, they were copies of the main girls. When you meet them all, try and guess who ends up fighting who. 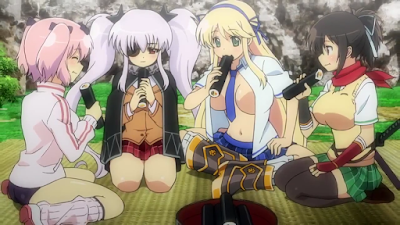 Plus, this was a cockiest of groups. Though a huge pet peeve of mine, I can’t blame them for being this way. They had every right to act how they did because the heroes couldn’t do anything to stop them.

The Hanzo Academy ninjas never instilled any confidence. With the sole exception of Yagyu, no one ever lived up to their hype. This show kept saying these girls were the best of the best. Not once did it ever get me believing that. They were complete pushovers. 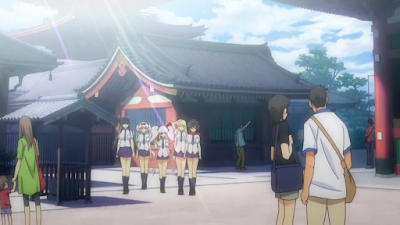 They may have been strong while training, but we never saw them as ninjas in practice. Before meeting the villains, our heroes tried demonstrating their proficiency in ninjutsu. What happened when the two groups met? Our main five got their asses kicked.

There were only three real encounters and the first one they lost.

The second one they also lost. And don’t try to play it off as if the heroes got into their opponent's heads. They didn’t. Except for Yagyu who actually won her fight.

In the last one, they won because of story. So, of course, the villains were going to act cocky and overconfident. Why wouldn't they?

There's nothing wrong with having the heroes lose. It helps build growth. It makes for a good story. However, if you’re going to do it, make it clear that winning is possible. It doesn't have to be easy, but it does have to be doable.

Have the main characters be awesome every now and then. Show they have the skills. Have them work towards conquering their flaws. Don't give them a win because they need to be triumphant.

Also, the girl's instructor, Kiriya (voiced by Keiji Fujiwara) was a piss poor teacher. This guy was so easily outmaneuvered. He would fall for the simplest of tricks.

Asuka wasn't a bad character. I say that because I know nothing about her. She was our main protagonist and she had the least amount of screen time of anybody. There were one or two times I forgot she was even in this show.

All we learned about Asuka was that she was the granddaughter of a great ninja. This story tried to say that a person's lineage has no bearing on their strength. A strong message if you ask me. Except the only reason Asuka was victorious was due to her lineage.

We rarely saw her fight. Whenever she did, she usually ended up losing. She never got any better. Other than when she did for some inexplicable reason. Her sole purpose for being in this show was so her villain counterpart had someone to go against. 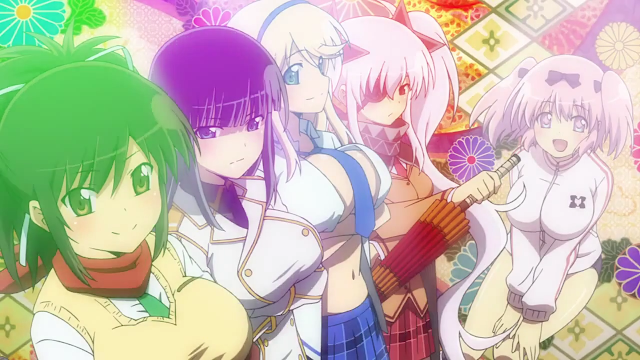 Ask yourself, is your sole desire to see ninja girls with big boobs fight in their underwear? If the answer is yes, then I couldn't recommend this show any higher.

The heroes weren't worth caring about. The villains were okay, but they got to be a bit much with their unchallenged boasting. The main protagonist was nonexistent. In the end, Senran Kagura was nothing special.

But these are just my thoughts. What are yours? Have you seen this show? How would you advise Senran Kagura? Leave a comment down below because I would love to hear what you have to say.

Posted by LofZOdyssey Anime Reviews at 7:03 AM