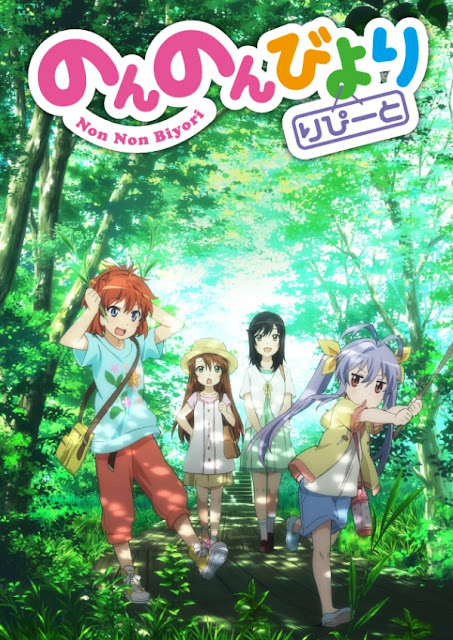 Welcome back to the small peaceful town of Asahigaoka. Here the sky is huge, the air is clean, and the school is small.

Renge Miyauchi (voiced by Kotori Koiwai) is your typical first grader. She is curious about the many oddities of life around her. She knows little and cares even less about the world outside her hometown.

Hotaru Ichijo (voiced by Rie Murakawa) is a transfer student from Tokyo. Though awed by the unfamiliar atmosphere, she grows accustomed to country life. Her soft-spoken demeanor envelops her in a mature light, despite only being in the fifth grade.

Sisters Natsumi (voiced by Ayane Sakura) and Komari Koshigaya (voiced by Kana Asumi) are in sixth and seventh grade. Natsumi's energetic, impulsive and a poor student. Komari is self-conscious about her short stature and does not do well with scary things.

These four continue to spend their time exploring their home, going to school, and having fun.

It's amazing how after an entire year so many things can change. All the while feeling as though nothing was ever that different, to begin with.

That breakdown sounded familiar, didn't it? Yet what needed saying I already said in my review of the first season. If you got anything out of that, I was looking forward to this one. 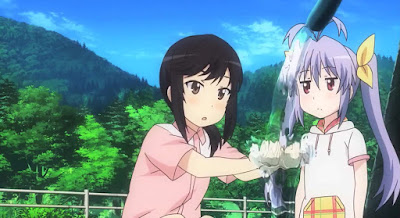 Repeat was able to stir up strong feelings of comfort and nostalgia. This, of course, makes sense seeing how I watched the original a whole three weeks prior.

For Non Non Biyori, it’s not a question about which season was better. These are perfect together. With the exception being the first and last episodes of each, watch order doesn't matter. 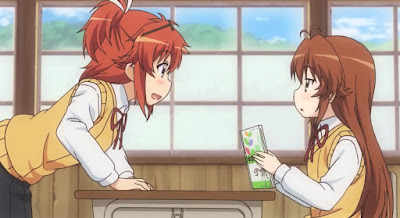 Everything was the same in terms of style and quality. To praise one would be to praise the other. 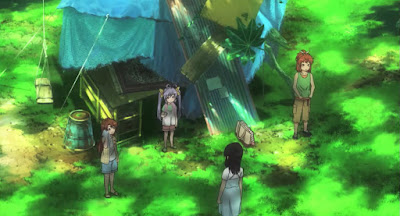 This is a simple matter of copying and pasting what I said before. I’m not going to do that because I already did that with the Synopsis.

This season was as relaxing as this series has ever been. The scenery was still gorgeous. Actually, I would say it was a little better in this one since the animation was a bit crisper. And what else, the characters remained funny and memorable.

Reading over my last review, I kept mentioning Nichijou. I stand by my comparison, but I did make it seem as though Non Non Biyori was being overshadowed. That couldn't be further from the truth. If I can’t make that clear, Repeat will. 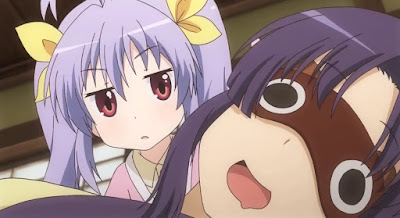 This is a habit I need to break. I did it with Seitokai Yakuindomo and now I’m doing it with Non Non Biyori.

Both series have an outstanding main cast. They also have amazing secondary characters I should have mentioned the first time. 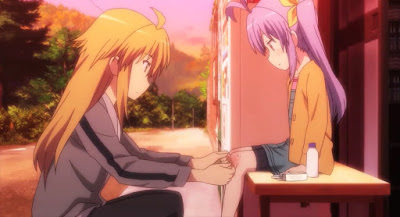 Repeat definitely used its full roster more than the original, but the qualities were the same.

While I want to go into detail about Konomi Fujimiya (voiced by Ryoko Shintani) and Hikage Miyauchi (voiced by Misato Fukuen) their roles remain small. However, there are still two I want to focus on. 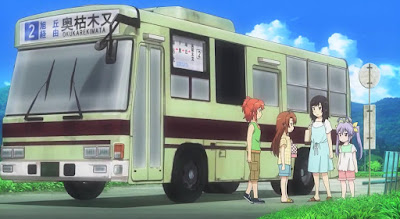 The first is Kazuho Miyauchi (voiced by Kaori Nazuka), Renge’s eldest sister and teacher. On the surface, she was lazy and at times Renge acted more mature than her. Her students spend much of their time studying alone, so Kazuho was often napping in class. On more than one occasion, Renge had to scold her sister to act more like a teacher.

Yet behind the scenes, Kazuho worked hard. She was a responsible, almost mother-like older sister to Renge and the other girls. 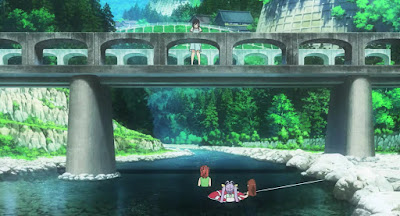 The second character, and the reason why I noticed my bad habit is Kaede Kagayama (voiced by Rina Sato). She was the owner of the local candy store. Kaede liked to keep to herself but was usually pulled into the girls' plans. Granted, she didn't offer much resistance. 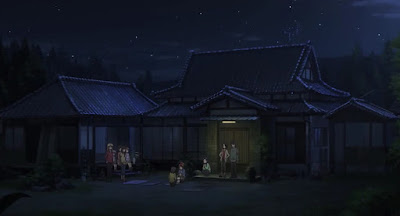 After Kaede babysat Renge long ago, the two developed a close relationship. Becoming like a third sister to Renge, Kaede worried a great deal about her. The bond between these two was one of the strongest reasons why this series is so pleasant.

I got out a lot of nitpicks the last time around and once again here they remain just that, nitpicks. That said, there was one interesting dilemma to Repeat.

There were more Nichijou like moments. Due to the atmosphere of the show, these felt out of place in the first season. Yet due to their increased frequency here, these instances worked a little better. While remaining hit or miss compared to the rest of the show’s humor, these jokes seemed to exist as compensation.

What do I mean?

My next point belongs in the positive section, but since it's offset by a negative I’m putting it here.

In the season one, there were a few times of unneeded fan service. After dwelling on this issue some more, I am even less confident in calling it as such. Repeat, on the other hand, didn't have any. Instead, we got the more high-energy comedy.

If I had to choose between one or the other, I would go with the fan service. Except in the case of Non Non Biyori, I’ll be happy to take the comedy. 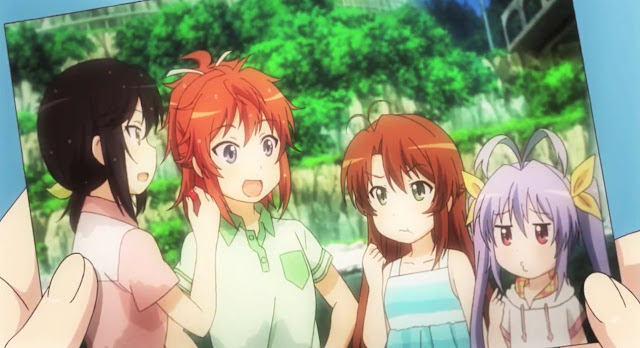 I’m not happy right now. When season one ended I had season two to fill the void. Now I have nothing. The ending was sad because as of right now that's it.

Watch Repeat by itself. Watch it with the first season. Watch it before, after, or intermixed. It doesn’t matter what you do. Non Non Biyori is a fantastic series. I have nothing but good things to say.

I want there to be so much more. Yet as I am writing this, there are no guarantees. Here's hoping something will come along.

Posted by LofZOdyssey at 6:55 AM