***Warning, the following may contain spoilers for Nazo no Kanojo X. Reader discretion is advised.*** 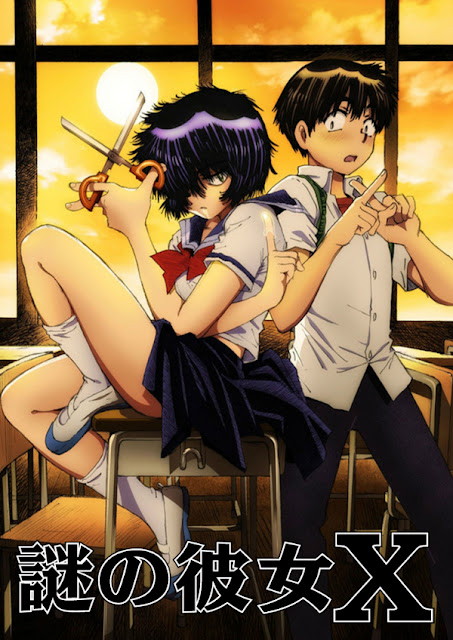 Mikoto Urabe (voiced by Ayako Yoshitani) is what you’d call a mysterious. A transfer student, she’s quiet, unsocial, is always napping during lunch. It’s hard to have even the simplest of conversation with her.

Like everyone else, Akira Tsubaki (voiced by Miyu Irino) doesn’t know what to make of Mikoto. One day Akira finds Mikoto alone and fast asleep. After accidentally waking her up, Akira at lasts gets a good look at what Mikoto looks like. For the first time, Akira notices how beautiful Mikoto is.

Before the two could dwell on the encounter, Mikoto runs off. Once she leaves, Akira notices a small pool of drool where Mikoto was sleeping. On a strange impulse…and f@#$ me I can’t believe I’m about to write this…he tastes it. To his surprise he finds it to be sweet.

The next day, Akira comes down with a high fever. Forcing a lengthy absence. During that time, he receives an unexpected visit from Mikoto.

Somehow, Mikoto knows Akira had a taste of her saliva. She tells him he isn’t suffering from an average sickness. But rather love sickness. Since he found her saliva to be sweet, that was a sign of the bond between the two of them. Plus, Akira must now have some of Mikoto’s saliva to prevent another fever.

Though bizarre, Akira and Mikoto soon being to form a strong relationship. And the two begin to see past the mysterious bond connecting them.

If you're still here after reading that, I implore you to stick around a little longer. Nazo no Kanojo X was unconventional. But nonetheless quite good and a solid romance anime.

This show used all imagery to express character's feelings and emotions. This was how Nazo no Kanojo X told its story. Granted, it was through saliva. You need to just accept that.

Before moving on, I do have some issue with the saliva bond. More on that later. Yet despite those issues, its use in the show was effective. Through this, the series portrayed two characters who had real personalities. 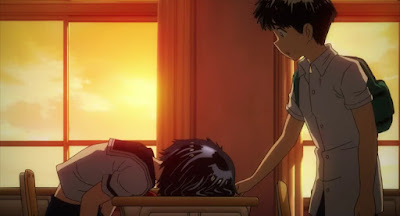 Mikoto appeared to have a handle on what was going on around her. In reality, though, she was quick to become flustered. She could also interpret the bonds between people. Yet she had no idea what it meant to be in a relationship. While standoffish, but she did want to be close to Akira. As this story went on, Mikoto's confidence grew. As her confidence grew, we saw her for who she was. An unsure, albeit odd, teenage girl.

Akira was decent. Although he was the stereotypical average nobody character. But, he knew when to have an actual discussion with his girlfriend. He knew how to say the right things at the right time. And he could shatter through Mikoto’s otherwise solid defense. Except for the one time, he didn't do any of that. And it was stupid. And it pissed me off. We'll put that one to the side for now.

Mikoto and Akira did confront each other. They tried to understand where the other was coming from. They wanted their relationship to be as strong as possible. Albeit in their own ways.

Akira used his words more. Mikoto was more reactionary. But together they made it work. By the time this series ended, I felt as if I knew these characters. Or at the very least I felt as though their relationship was going to last. 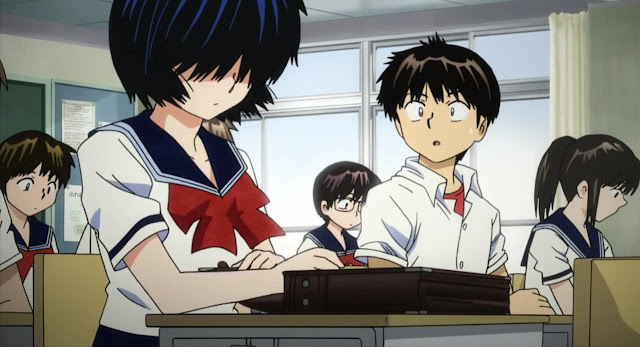 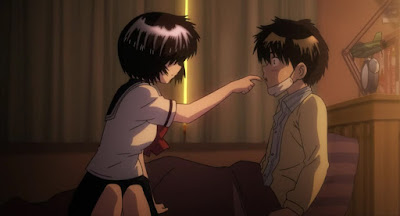 Having me almost throw up in episode one wasn't the greatest first impression. I mean, what in the hell compelled Akira to see Mikoto’s drool and think, “That’s hot. Let me get a taste of that”. But I digress. 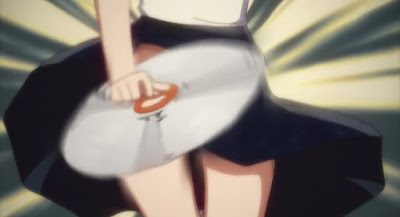 I imagine some people won't get past the saliva aspect of this show. I’m surprised I did, to be honest. But actually, I’m more surprised at how fast I did. Or least I would be because again, Nazo no Kanojo X was pretty good.

That said, there remain two issues I have with this series. 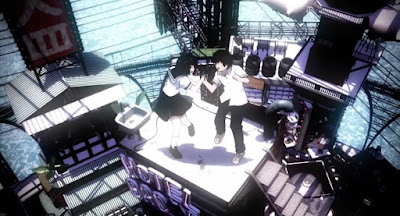 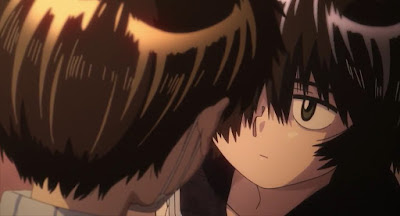 Does this kind of bond only exist with Mikoto? She was the single constant variable. This bond was powerful. So powerful in fact, in not only transferred emotional thought but physical injuries. I get the deep connection this illustrates. But there were other couples in this show with relationships as strong as Mikoto and Akira's was. They didn't need to use spit.

Did this then mean the other couples were doomed to fail? Could it have meant in the long run? That sucks since these other couples did have true feelings for each other. 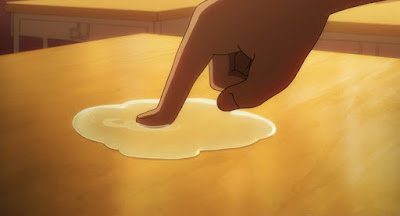 There are questions here. Questions that need answers. Answers which Nazo no Kanojo X didn't give.

I liked Akira because of how open he was with Mikoto. He was willing to admit when he made a mistake. He always chooses to stand by his girlfriend when faced with temptation. He willing took a deserved hit from Mikoto as punishment for having hurt her. He may have been the average nobody. Yet when the time called for it, he manned up.

Then why, for all that is holy, did he decide to break his character during the last major hurdle of the series? He became that infuriating cliché where he said nothing and risked losing everything.

To the show’s credit, while it did throw Akira under the bus, it made up for that by elevating Mikoto. It did so by giving us a well-executed scene which illustrated Akira’s dumbass-ery. 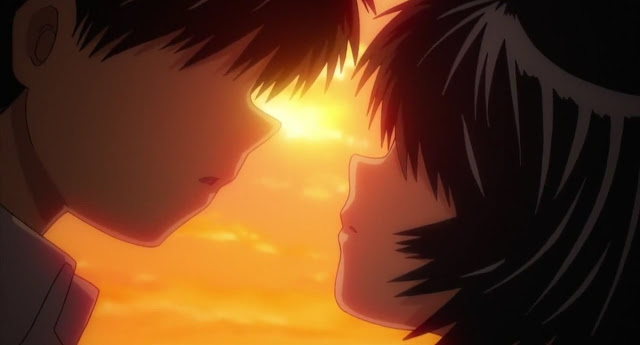 Don't let the premise of this series get to you. Nazo no Kanojo X is a fantastic love story. It does a lot of things right.

This show gives us a couple that's worth caring about. You get to see them grow as a pair. If it’s silly and gross, but it works, well then it’s not silly. But it can still be gross.

Yet in the end, Nazo no Kanojo X was a lot of fun.

Posted by LofZOdyssey at 7:05 AM